State of Origin will be played after the rescheduled NRL season, the head of the Australian Rugby League Commission has announced. 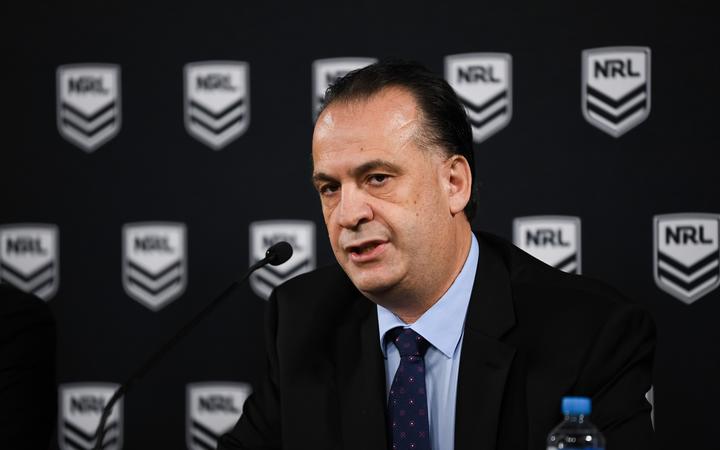 Australian Rugby League Commission chair Peter V'landys has announced State of Origin will be played after the rescheduled NRL season.

The three match interstate series between New South Wales and Queensland is typically played during the round-robin.

V'landys has told Triple M radio there are two main driving factors for holding State of Origin after the NRL grand final.

"One is the possibility that we'll have crowds - not the crowds we have a normal State of Origin but a limited crowd with the social distancing," he said.

"And there's a few ideas we have in rewarding the emergency workers, and that came from one of the TV stations, which I think is a very good idea.

"There's another [idea] where we put people on an app if you're a hard-core supporter, and you can stay at home for 14 days and isolate yourself and we track you on the app, then you can go to the game."

The second reason for Origin post-season was fairness across the 16 clubs.

"For me it's also about the integrity and authenticity of the competition. Because there is less rounds that will be played, no matter where we land on the rounds, there will be less than in previous years.

"You want to leave the player roster for the clubs to be able to get into the finals. By having State of Origin mid-season, with less rounds, those teams that provide the majority of players will be at a disadvantage.

"So in order to make it credible and authentic, that's one of the reasons that drove me to have it at the end of the year. It gives every club an opportunity to make the finals."

Peter V'Landys met with the league's two broadcast partners - Nine and Foxtel - on Friday, but they weren't able to confirm the length of the season.

"We've got a few little details to finalise with the broadcasters and hopefully that'll be done next week."