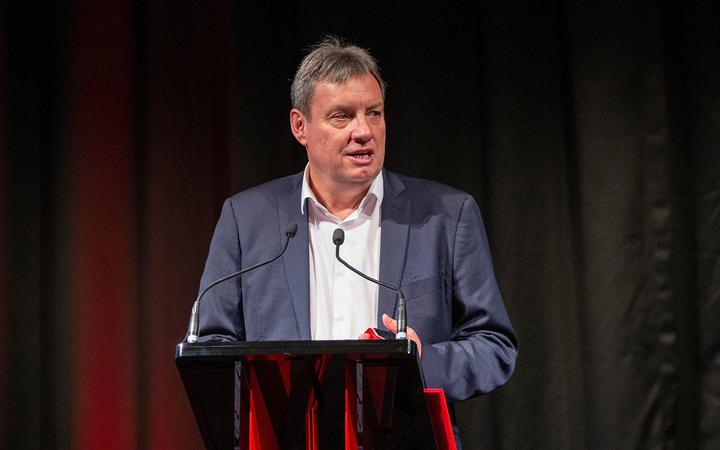 Experienced sports administrator Martin Snedden says New Zealand should take advantage of a disrupted international sports calendar to attract competitions and fill a void other countries might not be able to.

The Covid-19 outbreak postponed and cancelled tournaments around the world from the Tokyo Olympics to the Wimbledon tennis championship and the Super Rugby competition.

Snedden, who led the organising committee for the 2011 Rugby World Cup and is now a project lead with New Zealand Cricket, saw New Zealand increasingly becoming an option for international sports organisers looking for somewhere to hold their events.

Speaking online to Women in Sport Aotearoa Snedden said "there could be some opportunities for New Zealand in this whole situation" once coronavirus was under control and border restrictions could be moved to allow international athletes into the country.

"It's possible that New Zealand, we're hoping, that we as a country will come out of this quicker and with less pain, certainly in terms of health, than other places around the world."

New Zealand has already secured a number international tournaments and competitions for 2021, including the Women's Cricket World Cup in February, the women's Rugby World Cup and the America's Cup sailing regatta, but Snedden said promoters would already be looking at what else could come to New Zealand.

"We should be looking for things that were planned to happen overseas somewhere, which ultimately we could be the place that hosts them, because if things haven't improved in other countries then the events won't happen there but it may be as time goes by that they can happen in New Zealand."

Snedden is not directly involved in organising next year's Women's Cricket World Cup but he said he was confident the event would still go ahead as planned.

He believed the government would also back getting even more events running in New Zealand when the time was right.

"I think the government will look at this and say as part of the recovery process, including the recovery of our morale, as a nation we will move heaven and earth to try and make sure that things can happen.

"They will prioritise safety but I think there will come a point where they are pretty satisfied about that... so instead of them being a block I think they will be an enabler."