Tom Walsh is preparing for an extended stay at home. 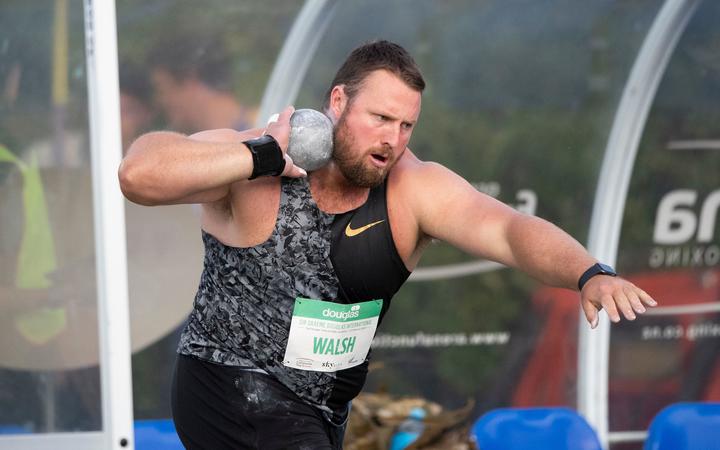 The 2017 world shot put champion is in lockdown in Christchurch, with the international track and field season on hold as a result of the Covid-19 pandemic.

Walsh was supposed to begin the Diamond League season in Doha this weekend, but the first five meetings have been postponed as a result of the outbreak.

Walsh told viewers he's "going really well" in New Zealand and made it clear he doesn't expect to be leaving the country anytime soon.

"This might be my first winter spent at home in about eight years so I might need to pull out the old winter clothes and dust them off," he said.

Tom Walsh has been keeping himself busy, turning his garage into a gym and is generally content with lockdown life.

"My girlfriend's actually written out a big long list of wee jobs I have to do around the place.

"I've been slowly working my way through them, but it's actually been quite relaxing.

"We're generally travelling somewhere, or doing a sponsorship thing, or going to a meeting and it's actually been quite nice to be to some degree in one place for an extended period of time."