Opinion - It's hard not to feel for New Zealand's finest sports team. 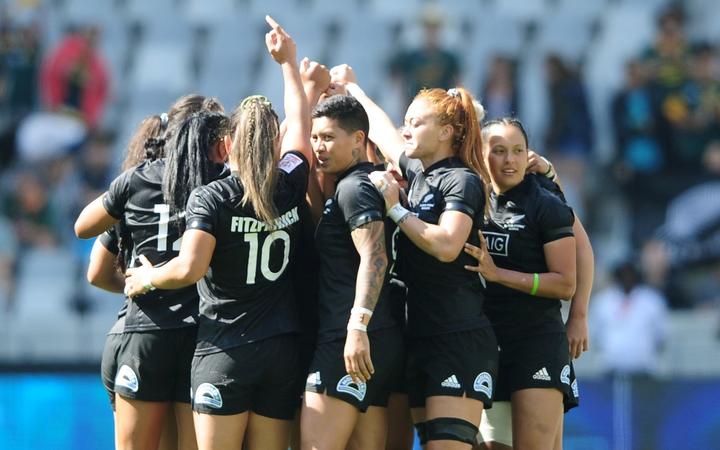 To all intents and purposes, Sevens has basically ceased to be a sport. At least until next year's rescheduled Olympic Games, assuming they go ahead.

The Black Ferns Sevens are without peer as a New Zealand sports side.

Yes, the All Blacks have their moments and last year, for instance, the Silver Ferns won a world cup and the Black Caps came within a whisker of another.

But for sustained excellence, and taking their code to another level, no-one rivals the Black Ferns. Or did.

We assume sport will resume in this country at some point this year. Although, if I had my way, it would only be in the recreational and community sense.

We're all well aware of the financial strife various teams or codes are in. That's why they're in such a hurry to get going again, no matter how distasteful those plans might be or how many people might be put in harm's way.

It seems the good folk at the National Rugby League will stop at nothing to play some football, with SANZAAR making similar noises about Super Rugby and The Rugby Championship.

Conscript the players for duty - amid threats that failure to do so will be the end of the code as we know it - without care for their feelings or those of their loved ones.

Never mind that the world has suddenly shrunk and people dare not walk beyond their block, let alone across town, these rugby and rugby league administrators believe they can assemble players in Sydney and somehow fulfill their broadcast deals.

You hope it doesn't come to it but, when a desperate thirst for money is involved, principles and good sense can be in short supply.

Sydney was the most-recent stop on the World Sevens Series Womens' circuit and perhaps its last.

Again, it seems safe to assume sport will be played again in New Zealand at some point.

Outdoor gatherings of up to 500 people sound as if they'll be permissible under Level two of our Covid-19 protocols, meaning club sport might commence eventually.

But that's not much good for our Black Ferns Sevens players, who've already had events in Langford and Paris postponed/cancelled, with just October's tournament in Hong Kong still on the schedule.

Men's 15 a-side rugby will be back this year. Whether it's purely in a domestic sense, or SANZAAR can get South Africa, New Zealand, Australia and Argentina to play in Sydney, people will ensure the game returns.

In the meantime we'll be encouraged to admire the players' for taking a pay cut or asked to consider how tough the boys are doing it. Safe in the knowledge, though, that heaven and earth will be moved to make sure they return to earning the hundreds of thousands of dollars they're used to.

But what of our finest team? What of captain Sarah Hirini and Michaela Blyde? Kelly Brazier and Tyla Nathan-Wong? How are they making a buck? Where are they playing? How are they preparing to win the one title that eludes them?

I've written before about not being an Olympic enthusiast.

But I am conscious that winning a gold medal in Tokyo this year had been a very big deal for Hirini and company. Not to mention the fact they were prohibitive favourites to do so.

What hope do they have of preparing for that now? 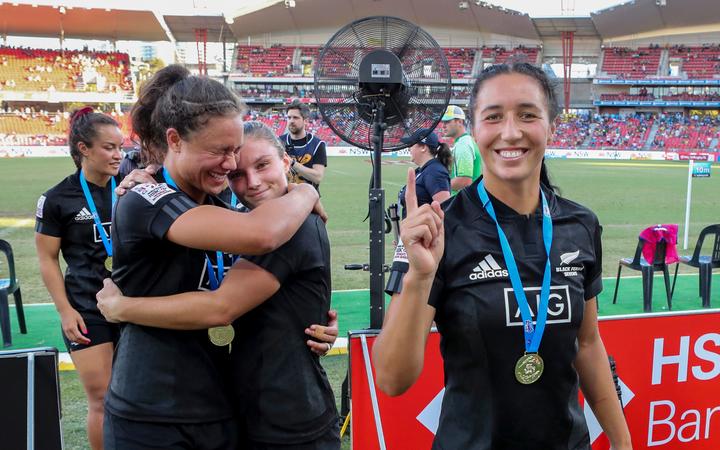 Yes, they can go in to camp and play intra-squad games and the like. But their sport was built around a world circuit and while similar events such as Formula One motor racing will resume - because big money always talks - you wonder if World Rugby will stump up much dough for women's sevens.

Assuming, of course, that travelling from country to country to play footy is allowed again. Or even that players will want to do so.

So before we get too hot and bothered about whether the NRL are being fair to the New Zealand Warriors, in asking them to get locked down in Australia, or we worry about the future of SANZAAR'S competitions or the loss of earnings for our plucky Kiwis in the Indian Premier League cricket tournament, let's spare a thought for the Black Ferns Sevens squad.

For women whose athleticism and skill and modesty and professionalism are everything you could want from a New Zealand athlete.

Athletes who, sadly, don't appear to have a competitive outlet or revenue stream anymore.