Opinion - The players will eventually let Peter V'Landys down. 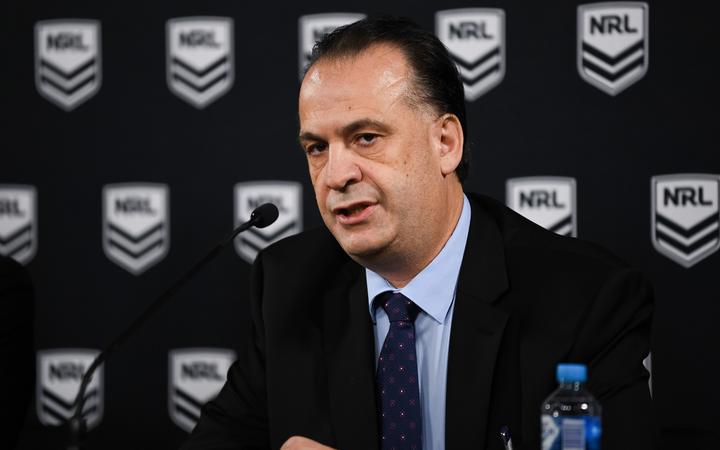 You can only commend V'Landys, the Australian Rugby League Commission chairman, for the way he's trying to keep the game solvent and relevant.

I'm of the view that watching sport is not a priority right now.

I've missed not being able to play it socially and to coach kids' teams, but I've had no hankering for Super Rugby, the NRL or anything else.

When you're confined to barracks and limited to eating the contents of your fridge and pantry - having first scrubbed the food in soapy water or left it to sit in the car and garage to decontaminate - footy hardly feels like a necessity of life.

Not only is he chief executive of Racing New South Wales, and ensuring that sport continues minus crowds of course, he's basically trying to save rugby league.

Clubs, and the game itself, will eventually go under if football does not resume.

1 September is apparently the latest a meaningful NRL competition could start, although a lot of work is now being put in to achieving a 28 May return.

With sport around the world shut down indefinitely, V'Landys and company believe they have a never-to-be-repeated chance to showcase rugby league to a global audience.

A key plank in that plan is putting groups of teams, or even all 16 clubs, in bubbles: be they islands off the Queensland coast, old mining towns or the former Sydney Olympics site at Homebush.

Lock them down, keep them safe and everyone can go back to full wages again.

It's ambitious and so many things could scupper those plans, but we all know the greatest risk is a player, or players, who decide to break the lockdown.

Who want to go boozing somewhere, need to see their family or - more likely - seek out female company.

Phil Gould, widely regarded as the smartest man in rugby league, touched on this a few weeks ago.

A former player, two-time premiership winning coach, director of football, club executive and commentator, Gould has spent most of his adult life trying to appeal to players' better nature.

To not drink, or bet or smoke or take drugs. To respect curfews and women. To remember their responsibilities to their club and their sponsors and the game as a whole.

Time and again, Gould said, he's been let down.

He most recently ran the Penrith club, eventually walking away last year.

Among the tipping points, he said, was five-eighth Tyrone May filming sex acts without the other participant's knowledge or consent and then distributing the videos on social media. 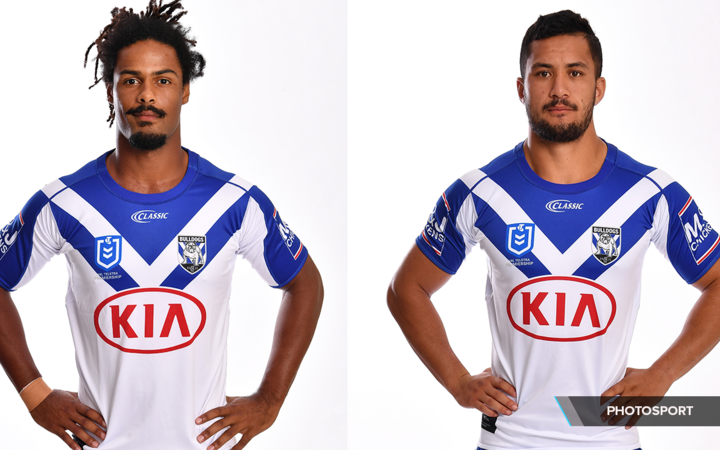 If after all the education, all the support, all the threats of torn up contracts players thought that was acceptable behaviour, then Gould realised he was wasting his time.

You coop up hundreds of male athletes in these bubbles for weeks, maybe months, at a time and wait and see what happens.

Even when they're by themselves, or with flatmates and family, players have flouted the latest rules.

Last week Aston Villa captain Jack Grealish snuck out for a bender and ended up driving into three parked cars, as he attempted to get home.

Manchester City and England defender Kyle Walker is alleged to have paid two sex workers to visit his home in recent days and now we have a group of Crusaders meeting for a kickabout in the park.

And these are just the incidents we've heard about during this lockdown.

Need we remind anyone about the Bulldogs and what Corey Harawira-Naera and Jayden Okunbor got up to the last time their team went anywhere en masse?

There are times when it's not even about sex or playing up.

Take the example of New Zealand Warriors' halfback Blake Green and his family.

The Warriors emerged from their round-one loss to Newcastle to be told they couldn't go home.

They were instead all relocating to Queensland until further notice.

Speaking on Monday night, Green said he immediately put his wife and kids on a plane and got them to the Warriors' temporary base at Kingscliff.

At that point he'd been away from them a few days but, if V'Landys' plans come to pass, players face being in these bubbles for four months.

With the best will in the world, it's hard to imagine all of these men being able to respect the lockdown for more than a week.

You'd love to be proven wrong, but history says this is not a playing group who've ever been capable of considering the bigger picture.