The Black Caps bowler Tim Southee and the White Ferns Sophie Devine have been named the players player or the year for their respective teams. 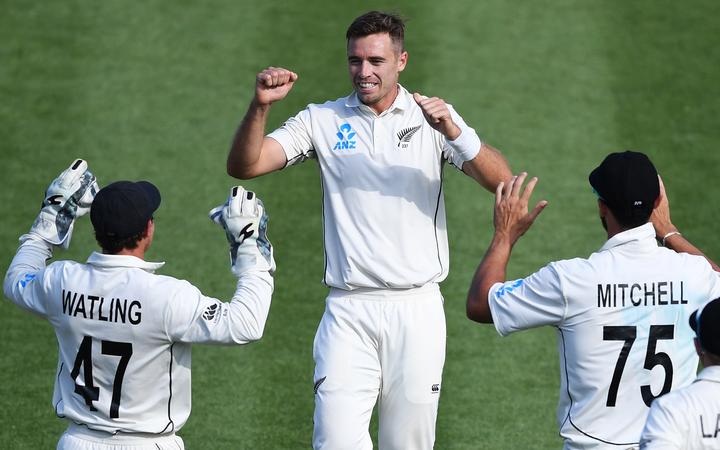 The awards are run by the Cricket Players Association and the players vote after each international match.

Devine's award completes a trifecta of CPA player awards and places her alongside Kane Williamson's three-peat (2015-2017).

In naming Devine the winner, NZCPA Board member and former White Fern Rebecca Rolls said "it is a real honour to be able to present this award to such a deserving recipient in Sophie.

"Being recognised by your peers is the ultimate accolade for any player and this award is particularly relevant as it allows players to recognise statistical outputs alongside those intangible aspects that contribute toward the team's performance".

In naming Southee the winner, former Black Caps skipper Dan Vettori said "earning the right to receive The Players' Cap is difficult - it requires consistency of form, fitness, perseverance and above all else, meaningful contributions to the team on a regular basis, whatever the format".