Japan skipper Michael Leitch says their fairytale run to last year's Rugby World Cup quarter-finals has lessons far beyond the game that the whole nation would do well to embrace. 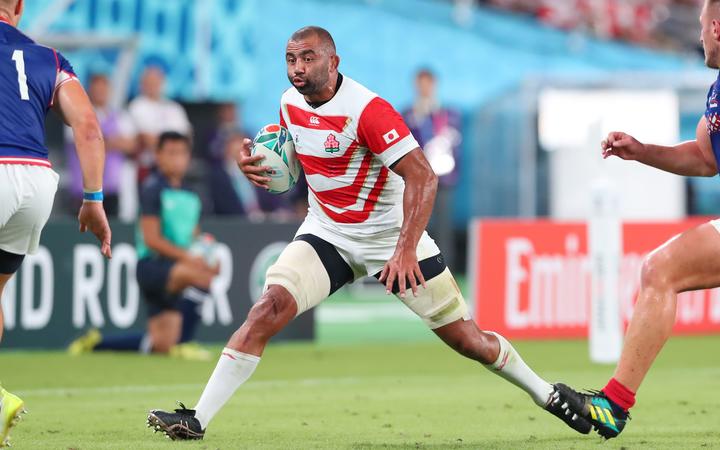 Born in New Zealand but a resident of Japan since he was 15, Leitch captained a multicultural squad that represented a nation often perceived, by the Japanese as much as anyone, as monocultural.

Three straight wins over Russia, Ireland and Samoa set the World Cup alight and triggered a mania that engulfed Japan for a few glorious weeks.

Central to their success, Leitch says, was the 'One Team' ethos, bringing together players born in seven different countries to present an entirely new face of Japanese sport.

"One thing we did well as a team was base our team in Japan and brought different ways of thinking and cultures ... into the team," Leitch told Reuters in an interview last month.

"This made it the team we had.

"There are a lot of things that Japanese society can take out from what we accomplished at the World Cup."

Monday marked six months to the day since Japan's final pool fixture against Scotland, a match almost blown away by a super typhoon that caused the unprecedented cancellation of three other World Cup matches.

Typhoon Hagibis threatened to wreak havoc with the tournament as it bore down on the Tokyo region.

The Scots, who would have been eliminated had the match been cancelled, trained in the confines of their hotel while their union boss issued threats of legal action.

Japan, by contrast, trained outside during the quieter moments of the typhoon and were raring to go when the match was given the green light a few hours before kickoff.

"We addressed it, said we weren't going to change anything, it is going to be raining but we are going to be training," Leitch recalled.

"We were fully focused on us beating Scotland. If we flip the coin and look at Scotland, they were very, very nervous. Which they should have been.

"For us to focus on ourselves and go out there and bounce Scotland was a very good feeling."

It is hard to imagine much more going right for Japan on an emotional and unforgettable night at Yokohama Stadium.

Scotland scored an early try but Japan soon hit their stride, replying with four of their own en route to a 28-21 win and a place in the last eight of a World Cup for the first time.

At the final whistle, the home fans erupted in a frenzy that would have stirred the most stoic of neutrals. Leitch's first words were, typically, for those suffering from the typhoon.

While the victory over Scotland looked nerveless, there had been some jitters in coach Jamie Joseph's squad a few weeks earlier when four years of hard work were put on the line in the tournament opener against Russia.

"The pressure was massive, we expected it and I thought we dealt with it very well," reflected Leitch.

"There was a period of 15 minutes where we were a bit flustered, but collectively I think we re-grouped." 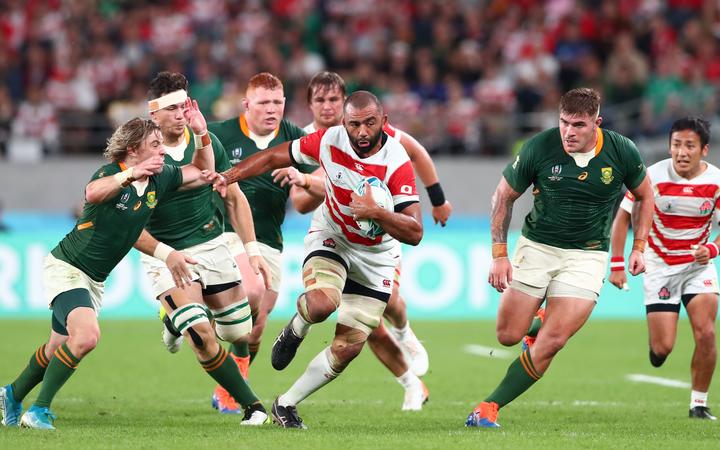 Japan eventually overcame their opening-night nerves, recovering from conceding the first try of the tournament to beat Russia comfortably.

Next up were Ireland, who had run up 50 points against the Japanese at the same Shizuoka Stadium two years previously and were ranked number one in the world coming into the tournament.

Although seen as a free hit for Japan, they were still expected to pick their strongest team for their toughest pool match and there was shock when Leitch was dropped to the bench.

"That was a very interesting week," Leitch said with a smile.

"It definitely wasn't a surprise. If the team was to win then the best team needed to play and the way I was playing that wasn't me.

"I had to take it on the chin and prepare the team like I usually do ... One thing I appreciate about Jamie too is that is he not going to beat around the bush and say it nicely. He will say it straight. That is what makes him such a good coach.

"But I had an opportunity to gain his trust again in that second test."

Leitch did just that, coming on after 30 minutes with Japan trailing 12-3 and inspiring a comeback that left the Irish clinging on to a losing bonus point at the end.

"We knew, as a team, if we got everything right and played to our gameplan, everyone did their individual roles, then we would come away with what we wanted," said Leitch.

That victory over Ireland would have gone down as the biggest upset at a World Cup had Japan not beaten South Africa at the 2015 tournament.

Four years later the Springboks had their revenge, however, defeating the tired Japanese 26-3 in the last of the 2019 quarter-finals before going on to win the tournament.

"If we had played any other team we would have had a different outcome I think," said Leitch.

"I wouldn't have done anything differently. I think we prepared very well for that game but credit to South Africa, they brought their 'A' Game -- the old scrum and maul.

"We were overwhelmed by the power of the South African scrum."