A New Zealand umpire suspected the Australian cricket team of "working a little too aggressively" on the ball ahead of the infamous 2018 ball tampering scandal. 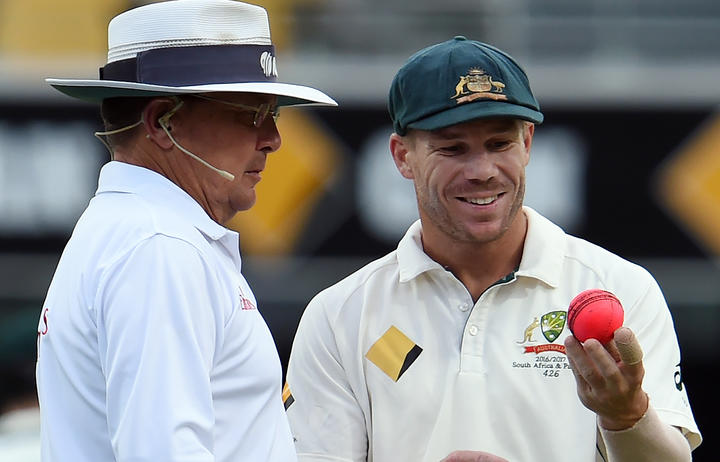 Recently retired English umpire Ian Gould has revealed in his new autobiography, Gunner: My Life In Cricket, that Kiwi counterpart Chris Gaffaney left a message on his phone warning him that "things were starting to get a little bit out of hand" in Australia's four test series against South Africa.

Gaffaney had umpired the first two tests of Australia's fateful tour, with Gould officiating in the remaining matches in Cape Town and Johannesburg.

"The umpiring team had their suspicions that Australia were working a little too aggressively on the condition of the ball, and they had an informal word with the host broadcaster SuperSport asking that if their camera crew saw anything that looked unusual they should let the umpires know," Gould wrote.

The Englishman was the third umpire during the Newlands test and relayed the vision of Australian batsman Cameron Bancroft putting sandpaper down his trousers to the on-field umpires.

Australia's players have long denied that anything untoward took place before the third test, and Cricket Australia's subsequent investigation had been strictly limited to events in Cape Town that ultimately saw David Warner, Steve Smith and Bancroft all banned.

Gould is adamant that a more experienced umpiring team should have been in place from the start of the series.

"In hindsight, ICC's decision not to bring Illy [Richard Illingworth], Nige [Nigel Llong] and myself in until the third test was a mistake," Gould wrote.

"Two of the three lads who did the first two tests were relatively inexperienced. (Kumar) Dharmasena had stood in over 50 Tests but Chris was in only his 19th game and the other umpire, Sundaram Ravi from India, had fewer than 25 tests under his belt and within a year or so had been kicked off the elite panel because he wasn't deemed good enough.

"Like I said, hindsight is a wonderful thing but I'm absolutely sure the English trio including me would have got on top of things from the off. More things had happened in those first two tests than you normally have to deal with in a five-match series."