While the coronavirus wreaks havoc on the global sporting calendar, the NFL said it planned to have a full season, including games in London and Mexico City, and to kick off on time in September. 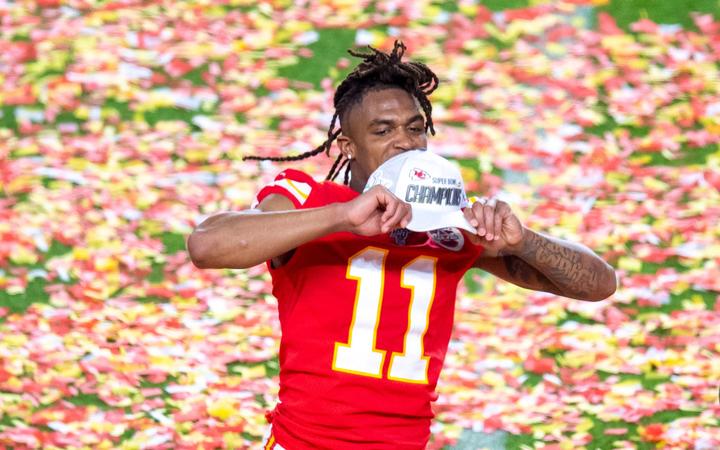 With a little over five months to go before the 2020 season is scheduled to begin, the NFL has yet to entertain the idea of delaying or shortening the campaign or having its 32 teams play games in empty stadiums.

"Our planning, our expectation, is fully directed at playing a full season starting on schedule and having a full regular season and full set of playoffs," NFL Executive Vice President Jeff Pash told a conference call.

"Am I certain? I'm not certain that I'll be here tomorrow, but I'm planning on it, and same thing, we are planning on having a full season."

A number of major sports events around the world, including the July 24-Aug. 9 Tokyo Olympics, have either been postponed or cancelled in recent weeks because of the rapid spread of the coronavirus.

The NFL, America's richest and most watched sport, remains the only major North American professional sports league that has managed to avoid suspending the playing of games because of the coronavirus given its traditional late summer start date.

The league, however, has closed team facilities for the time being, cancelled its annual owners' meeting scheduled for this week in Florida and made major changes to the April 23-25 NFL Draft in Las Vegas.

The NFL also said it was discussing a "virtual offseason" program that would allow teams to share video and playbooks with players before eventually launching into the regular season.

When asked about any contingency plans for the 2020 season Pash said the league, which plans to release full details of the schedule around May 9, remains "pretty confident" the campaign will go on as scheduled.

"All of our discussions, all of our focus has been on a normal, traditional season starting on time, playing in front of fans in our regular stadiums and going through the full 16-game regular season and full set of playoffs," said Pash.

The NFL's 2020 season features four games in London and one in Mexico City, all of which Pash said the league expected will be contested as scheduled unless health authorities tell them differently.

"We're optimistic that just as we expect conditions in the United States to permit playing a full season that that will be the case for our international partners as well," said Pash.

"But obviously that's something that we will have to work closely with the authorities, public health and other government authorities in those other countries to make sure that it's entirely safe."

NFL team owners also voted to expand the playoffs by one team in each conference for a total of 14 next season as they continue to plan for the 2020 season to begin on time.

Only the teams with the best record in the AFC and NFC will get a bye under the new format; the top two teams in each conference skipped wildcard weekend in the past. The seventh seed will play No. 2, the sixth will visit No. 3 and the fifth will be at the fourth seed for wildcard games.