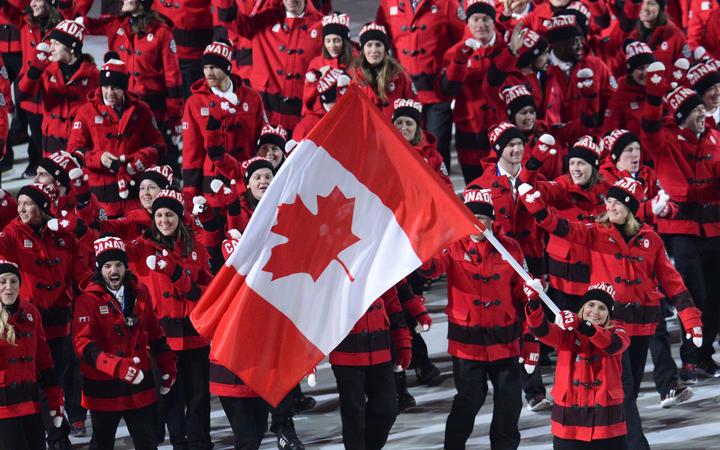 Canada's Olympic committee says it will boycott the 2020 Tokyo Games should they go ahead in their current form. Photo: AFP

Opposition to holding the Games in July has risen sharply in the past 48 hours, with several major stakeholders such as US Track and Field and UK Athletics, along with several national Olympic committees, calling for a delay because of the pandemic.

More than 13,000 people have died globally since the coronavirus outbreak began.

"The COC and CPC urgently call on the International Olympic Committee (IOC), and the International Paralympic Committee (IPC) and the World Health Organization (WHO) to postpone the Games for one year and we offer them our full support in helping navigate all the complexities that rescheduling the Games will bring," the committees said in a statement.

"While we recognize the inherent complexities around a postponement, nothing is more important than the health and safety of our athletes and the world community," it added.

The IOC said on Sunday it would hold discussions that would include an option of putting back the 24 July start date or even moving the Games by a year or more due to the global coronavirus outbreak, but said cancelling the Games would not solve problems or help anybody.

Canada's withdrawal will add to growing pressure on the IOC to alter the schedule after criticism from a slew of current and former athletes with health concerns.

Also on Monday, the Australian Olympic Committee told its athletes to prepare for a Tokyo Olympics in the northern summer of 2021.

The AOC says an Australian team can't be assembled for the Tokyo Games, which is scheduled to start in 24 July.

"We have athletes based overseas, training at central locations around Australia as teams and managing their own programs. With travel and other restrictions this becomes an untenable situation," AOC chief executive Matt Carroll said in a statement on Monday.

The Olympics have never been postponed or cancelled during peacetime but the IOC's decision to even consider postponement was met with relief from several major stakeholders, including World Athletics, the International Paralympic Committee (IPC) and major national Olympic committees.

Meanwhile, Japanese Prime Minister Shinzo Abe said for the first time that the Olympics may need to be postponed if the event cannot be held in its "complete form".

Abe said that while cancelling the Games was not an option, a delay was now on the cards if that was the only way to hold the event in its complete form.

"If that becomes difficult, we may have no option but to consider postponing the Games," he told parliament.

He said he had conveyed his views to Tokyo Games chief Yoshiro Mori on Sunday evening, who then discussed the issue with IOC President Thomas Bach.

As of Sunday morning, Japan had 37 deaths and 1,055 coronavirus cases, excluding those from a cruise ship that was quarantined near Tokyo last month and returnees on chartered flights from China, a tally by public broadcaster NHK showed.

Abe said all travelers from the United States, including Japanese citizens, would be asked to go into quarantine for 14 days after their arrival in Japan.

In the United States nearly one in three residents has been ordered to stay at home to slow the spread of the flu-like virus as cases nationwide topped 32,000, with more than 415 dead, according to a Reuters tally.

Japan's foreign ministry has advised citizens to avoid non-essential and non-urgent travel to the United States.