The Warriors will stay on in Australia and continue in the NRL, despite the New Zealand and Australian government closing their borders. 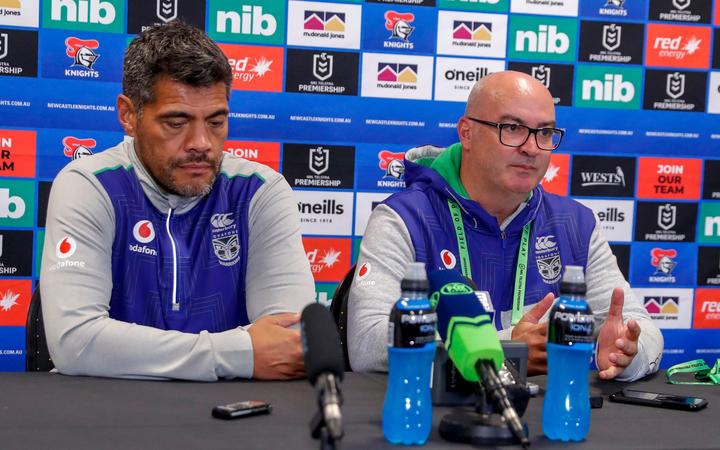 The club's chief executive Cameron George announced this morning that captain Roger Tuivasa-Sheck and his team have reaffirmed their commitment to stay in Australia and continue in the 2020 competition in the face of the coronavirus pandemic.

The Warriors players met last night and voted to remain.

The team has spent this week in camp in Kingscliff in northern New South Wales ahead of their second-round game against the Canberra Raiders on the Gold Coast tomorrow night.

They'll now follow their 'home' game in Robina with a trip to Sydney to face the Manly-Warringah Sea Eagles on Friday, March 27.

George said the players had demonstrated exceptional commitment to both the club and fans as well as the competition itself.

"Our players and staff have been so courageous the way they have stood up in the face of such huge adversity," he said.

"Despite the impact of the coronavirus crisis and being away from their families, they're making enormous sacrifices for the fans and the game.

"We're just so proud of the way they're representing our club. It couldn't be any tougher for them but they're not letting it show by giving their undertaking to stay in Australia and do their best to represent the Warriors and keep the competition going."

The New Zealand government closed the border from midnight last night to anyone who is not a New Zealander in an attempt to help control the spread of Covid-19.

The Warriors have called up some reinforcements with utility back Gerard Beale as well as forwards Jazz Tevaga, Agnatius Paasi and Josh Curran, who all missed the round one loss to Newcastle due to injury, arriving in Australia.

The four started their fortnight of isolation yesterday, meaning they won't be available for selection until round four at the earliest.