Latest - New Zealand Cricket cancelled the last two rounds of the Plunket Shield due to the coronavirus pandemic and awarded the title to league leaders Wellington Firebirds on Monday. 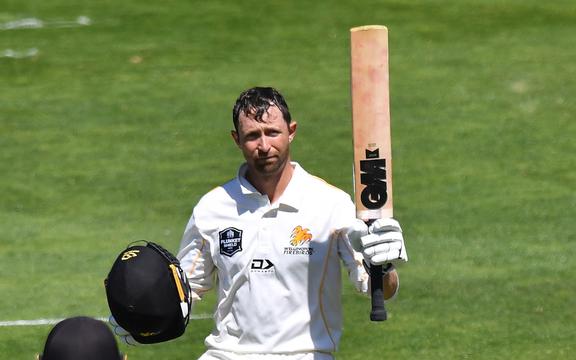 The Wellington Firebirds clinched the 2019-20 title thanks to their 26-point lead over Central Stags.

Netball New Zealand has made the decision to play Monday's ANZ Premiership game in Dunedin as a closed match due to the ongoing coronavirus pandemic.

While no members of the public will be permitted to attend, the game between the Southern Steel and the Magic will take place as scheduled at 7.15pm.

Steel co-captain Te Huinga Reo Selby-Rickit said the team was disappointed the game had been closed to the public but safety was paramount.

"This is a really challenging time for everyone and we respect the decision which has been made. While we were excited to be launching our season in front of our loyal fans, this is best to keep everyone safe," Selby-Rickit said.

Netball NZ Chief Executive Jennie Wyllie said while it was disappointing for all fans, the decision was based on the message from Government at 4.15pm this afternoon.

"This decision is in the best interest of public health and well being, including that of coaches, administrators, fans and, our volunteers," Wyllie said.

The Brumbies ran in seven tries to trounce the New South Wales Waratahs 47-14 in the final match before Super Rugby joined much of the rest of the sporting world in putting up the shutters because of the coronavirus pandemic.

Governing body SANZAAR said on Saturday that the mostly southern hemisphere competition would be suspended indefinitely following Sunday's match in Canberra after New Zealand announced that anyone entering the country must self-isolate for 14 days.

South Africa's Sharks, the Crusaders and the Brumbies filled the top three spots in the standings going into the shutdown, with the seventh of 18 rounds of the competition incomplete after the cancellation of the penultimate fixture.

The Jaguares were scheduled to host the Highlanders behind closed doors in Buenos Aires yesterday but the match was called off three hours before kickoff to allow the visiting players to return to New Zealand.

Call for Euro 2020 tournament to be postponed

Italy's football federation will ask for the Euro 2020 tournament to be postponed over the coronavirus outbreak in the hope of being able to complete the Italian Serie A season.

Top-flight football across Europe has ground to a halt as a result of the spread of the coronavirus, with national and continental club competitions suspended or postponed.

Representatives of European clubs and leagues and the players will join national federations on an emergency video-conference call organised by UEFA on Tuesday.

Discussions will include Euro 2020 which is due to take place in 12 European countries, including Italy, from June 12 to July 12.

Gravina said he hoped that Serie A could finish by June 30, although he did not rule out extending it for another month.

He also suggested that Italian clubs should not train for the time being.

Five members of the playing squad and staff of Spanish La Liga football club Valencia have tested positive for the coronavirus, the side said.

"Valencia CF inform that five positive cases of the COVID-19 coronavirus have been detected amongst first team staff and players," the club said in a statement.

Earlier on Sunday Valencia and Argentina defender Ezequiel Garay became the first La Liga player to confirm he has the virus.

The 33-year-old was already ruled out for the remainder of the season after suffering a knee injury in February.

Valencia travelled to Milan last month for a European Champions League match at Atalanta played in front of a packed San Siro stadium, before restrictions were placed on sports events in Italy.

Perth Wildcats one win away from NBL title

A career-best Nick Kay performance with Bryce Cotton again brilliant has put the Perth Wildcats one win away from back-to-back NBL basketball championships after outlasting the Sydney Kings 111-96 in Game 3 of the Grand Final series in Sydney.

Led by dynamic duo Cotton (31 points, seven assists) and Nick Kay (30 points, 12 rebounds, four assists), Perth rebounded from a 97-83 loss to the Kings on Friday night to beat Sydney for the second time on the road in the Grand Final series.

The Wildcats, the most successful club in NBL history, lead the series 2-1 and can seal the deal and win a 10th championship in Game 4 at home next Friday. The winner of Game 3 has won the last eight championships.

Strangely, the away team has won all three games - the last two played minus fans because of the threat of coronavirus.

Kiwi veteran Benji Marshall was at his best as he led the Wests Tigers to a 24-14 win over St George Illawarra in their NRL season-opener.

On the same day scans revealed Luke Brooks would miss a month with a calf injury, Marshall stepped up with a try and two try assists.

At 35, the league's second-oldest player also added four goals from four attempts in what was his first match with the kicking tee since 2013.

Games flame handover will be done in empty stadium

The Tokyo 2020 Olympic Games flame handover in Athens will be done in an empty stadium amid the coronavirus outbreak.

At the weekend Greece cancelled the remainder of the domestic Olympic torch relay through the country to avoid attracting crowds a day after the Tokyo Games flame was lit in ancient Olympia.

"The Hellenic Olympic Committee has decided that the handover ceremony for the Tokyo 2020 Olympic Games, on Thursday, March 19, will take place at the Panathenaic Stadium behind closed doors," it said in a statement.

The central Athens stadium, site of the 1896 Games, usually attracts thousands of spectators to the handover ceremony to the next host city of winter and summer Games every two years.

Japan is still preparing to host the Olympics, Prime Minister Shinzo Abe said on Saturday, despite rising global concern about the viability of the summer Games due to the coronavirus outbreak.

The Olympic Torch relay, in which the Olympic flame typically starts a tour around the host nation, is due to start in the Japanese prefecture of Fukushima in less than two weeks.

Three of the four teams who will contest the New Zealand football Premiership play-offs have now been found after Waitakere United joined Auckland City and Team Wellington in booking a berth while the latter pair also recorded victories this weekend in the fight to finish top.

The fourth and final spot is still very much up for grabs though with Eastern Suburbs, Tasman United, Hamilton Wanderers and Southern United all in the running.

None of those sides were able to claim three points in the latest round of action, allowing Waitakere to secure their play-off placing in high-scoring fashion with a 5-2 triumph over Hawke's Bay United at home.

Sebastien Ogier has won Rally Mexico for a sixth time, with the world championship event cut short due to changing travel restrictions resulting from the global coronavirus outbreak.

The decision to end the rally after the second leg, enough distance to allow full championship points to be awarded, was to ensure teams and officials could travel home to Europe from Mexico.

The United States is imposing new restrictions on entry from tomorrow and battered US airlines are planning more flight cuts. Some European countries have also gone into lockdown.

The victory was the Frenchman's first since he joined Toyota from Citroen at the end of last season and sixth in eight years in Mexico. Ogier has also won in Mexico with four different manufacturers and racked up 48 career wins.

Toyota are 21 points clear of Hyundai at the top of the manufacturers' standings.

Portugal, from May 21-24, is the next scheduled round of the championship but that might change. Argentina, which normally follows on from Mexico, has already been postponed.

Tottenham Hotspur defender Jan Vertonghen's family was robbed at knifepoint in their London home while the player was on European Champions League duty against RB Leipzig in Germany, the BBC reports.

The report said police confirmed four men wearing balaclavas forced their way into the house while Vertonghen's wife and children were inside last week.

The Metropolitan Police said in a statement that officers attended a report of a burglary at a residential address in north London on 10 March.

Vertonghen is the latest English Premier League player to be targeted by criminals.

A house rented by Crystal Palace defender Mamadou Sakho in Wimbledon was burgled in December, while Arsenal players Mesut Ozil and Sead Kolasinac were attacked by carjackers in July last year.

Liverpool forward Sadio Mane's house was burgled while he was playing a Champions League last-16 away tie against Bayern Munich in February last year.