New Zealand's one-day series against Australia in Sydney and Hobart will go ahead over the next weeks but no fans will be admitted to the stadiums because of the coronavirus pandemic. 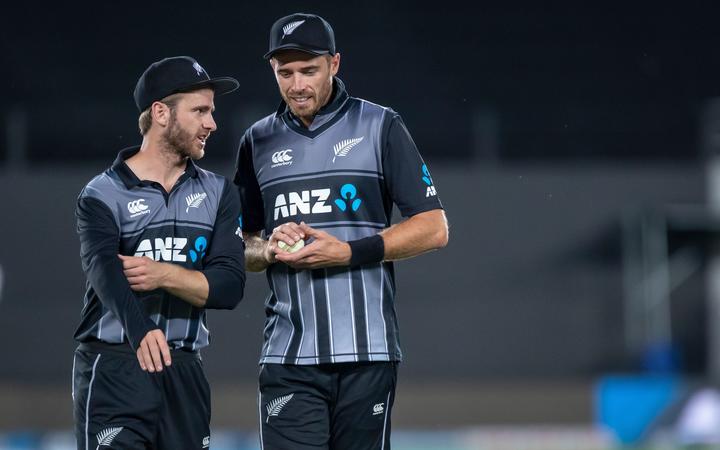 The first one-day international was being played at the Sydney Cricket Ground on Friday with the second at the same stadium on Sunday and a third in Hobart next Friday.

Cricket Australia also suspended a tour of South Africa by Australia's women's team "until further notice" and said they would be reviewing the three-match Twenty20 tour of New Zealand by their men's team scheduled for later this month.

"Cricket Australia will continue to monitor the coronavirus situation at home and overseas before making a decision on Australian men's international matches beyond the Australian leg of the ODI tournament," read a statement.

A CA spokesman said paceman Kane Richardson was quarantined after reporting a mild sore throat on Thursday night, adding the 29-year-old would return to the ground only if tests return a negative result for the virus.

Sean Abbott has joined the squad as cover.

CA Chief Executive Kevin Roberts said they were in touch with the country's health officials, after the season-opening Formula One race in Melbourne was cancelled earlier on Friday, joining a long list of events affected by the virus.

"We're taking this one day at a time and perhaps then one week at a time. We've made decisions on the next nine days ahead of us," Roberts told reporters.

Roberts defended the move to allow last Sunday's women's T20 World Cup final to go ahead in front of 86,174 fans at Melbourne - a record for a women's sporting event in Australia - after a supporter at the game later tested positive.

"A lot of things have changed since last Sunday and based on the information then it was the right thing to do (to play the final) to inspire the world of women and girls and to give cricket a massive springboard," Roberts said.

Before the announcement, Black Caps captain Kane Williamson told reporters it was a tricky situation for the organisers.

"Obviously a lot of uncertainty going on with large crowds at the moment and hopefully it's no issue here in playing these games and hopefully we get some really good healthy crowds.

"It seems to pop up almost all of a sudden where some of those decisions are being made and obviously it's being taken incredibly seriously."

India's cricket board has also stepped up efforts to control the spread of the virus and said in a statement that the remaining two ODIs of the three-match home series against visitors South Africa would be played without fans present.