The New Zealand cricket captain Kane Williamson says he's not aware of any drastic measures being taken in light of the coronavirus ahead of today's opening Chappell-Hadlee one-dayer in Sydney. 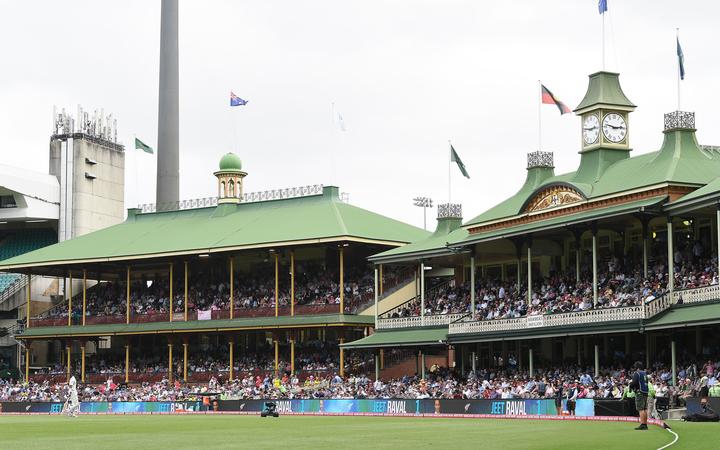 As the sporting world shuts down because of the virus there are reports that this weekend's Australian Formula One Grand Prix will be called off.

Last night's opening National Rugby League game between Parramatta and Canterbury was played in front of a crowd in Parramatta.

However it is being reported that today's cricket game at the SCG could be played with no spectators on hand.

Williamson says he doesn't know of any restrictions at this stage.

"Obviously a lot of uncertainty going on with large crowds at the moment and hopefully it's no issue here in playing these games and hopefully we get some really good healthy crowds, but it seems to pop up almost all of a sudden where some of those decisions are being made and obviously it's being taken incredibly seriously."

The first two games are in Sydney today and on Sunday before the third game in Hobart next Friday... the two sides then come to New Zealand for three T20 matches.

The Australian and New Zealand cricket boards and teams are reported to have been holding talks over the last couple of days about their plans for dealing with the virus.

The Australian captain Aaron Finch admits it would be a unique situation to play in an empty stadium.

"it would be weird to play in an empty stadium, you get so accustomed to the atmosphere of the fans who ride the momentum really well especially when you're playing at home and the Australian fans support us so well."

"If it comes to that we'll wait and see but it's not ideal obviously, it's a lot of people affected which is unfortunate."

Cricket Australia said it was consulting with an infectious disease specialist, in addition to taking advice from health authorities.

Meanwhile the India government has ordered upcoming international cricket matches to be played in empty stadiums, as the government attempts to combat the spread of coronavirus.

With just 68 confirmed cases and no deaths, India has so far been relatively unscathed by the virus compared to elsewhere in Asia, Europe and North America.

But experts fear that its overstretched medical systems may not be able to handle the type of intensive care required to handle a spike in infections.

The country's sports secretary said it wanted the national cricket team's upcoming matches to be played in empty stadiums - an unheard-of occurrence for one of India's national obsessions.