New Zealand researchers studying netball fans have found that while they might not be as visible as fans from other codes, they are just as passionate. 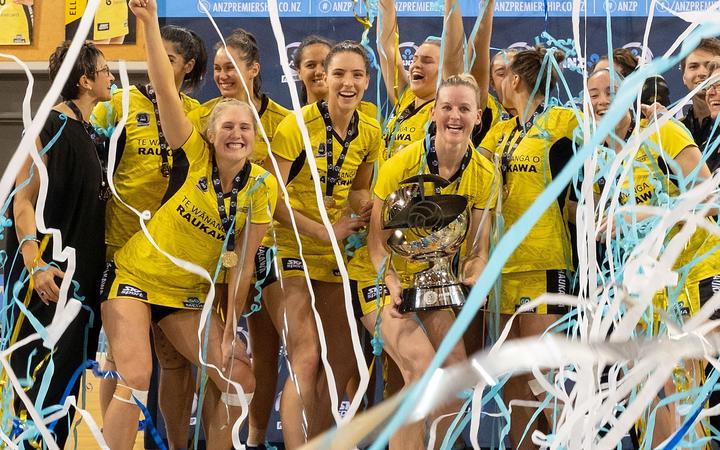 And while taking a swipe at players might be a sport in itself in other codes, netball fans really want the players to do well.

Professor Toni Bruce from the University of Auckland's Faculty of Education and Social Work and her colleague Dr Margaret Henley have being doing some fieldwork on netball fandom.

Both big followers of the game, they also study sports media but realised they knew nothing about netball fans here or internationally.

"We could find nothing on netball fans at all, yet netball is a major women's sport. And we know from looking at ratings data that hundreds of thousands, up to 700,000 people have watched Silver Ferns matches in the past. So we knew there was a big community out there," Bruce said.

The pair have been working closely with Netball New Zealand because the organisation would like to understand more about the sport's fan base as well.

"Netball New Zealand has for the past three years given us media passes to go to any of the top level women's games and any Silver Ferns games that we can get to.

"During the breaks, what we do is we walk around and we just talk to people and ask them what brings them to the game; are they participating on social media; why are they fans?"

They are now in the process of doing the fine-veined analysis of about 100 short interviews but some strong trends have emerged.

Bruce said the findings were quite different from research on men's sport.

For a start, netball fans don't tend to post a lot of comments publically about netball on social media.

"They seem to be lurkers and followers rather than posters. I think there are a number of possible reasons for this, but one of the women that we interviewed said 'we just discuss it amongst ourselves, I'm really mindful of what I put out there. I wouldn't write anything on a forum'."

So while a lot of women might follow the Silver Ferns or their favourite players [on social media], Bruce said they did not necessarily put anything out there publicly.

"And if they do, they tend to try to be really positive and supportive. And I think that's quite different if you look at the forums on men's sports. It's, you know, people asserting their knowledge and it can be quite critical and quite mean. And the women who participate in these things don't really want to have that kind of atmosphere so they don't contribute to it."

Bruce said there were some closed Facebook groups that had been set up by fans, who rigorously debated topics, but there was little tolerance for bad language and nasty comments.

"But that kind of makes fandom invisible because they're not out there in the public realm."

Bruce said what came through strongly was that it was an intergenerational game, which made for a very loyal fan base.

"We see women saving money and flying around the country to follow their teams. So in many ways, they do a lot of the same things that fans of men's sport do."

Bruce said netball fans really wanted players to do well so going to games was also about being there to show support and they were also interested in the spirit in which the game was played.

Netball fans also made for a knowledgeable crowd, she said.

"You can see they're really quiet when things that are really important are going on. And they seem to be willing to share their knowledge with other people.

"We were there when they televised the first ever national men's game in the lead up to the Silver Ferns going to the World Cup. And a lot of people were really, really excited about that.

"If you think about the resistance of a lot of men's sports to women playing their sport, yet here when the men's team got their first public media outing a lot of the fans were saying 'this is absolutely fantastic, we're so excited that men are interested in playing the sport'. So there's a real positivity that you don't necessarily always see and in other events."

Bruce said they also talked to some men at games, who were often fathers of netball-playing daughters.

She believes there's also a small but growing group of young men who are following the game because they've played social netball.

"Social netball, and the opportunity for men to play a version of netball and learn the rules and kind of come to appreciate what the game is about is also part of what seems to be growing the audience." 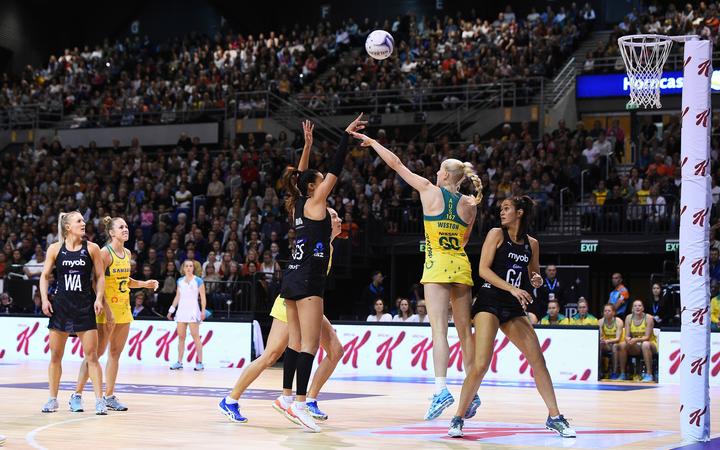 They had encountered quite a lot of new migrants coming to the games too.

"Often it's because they've got a young daughter who's just starting to play and the parents bring their daughter along to the games and they themselves are starting to learn the rules and getting really excited about the sport."

Bruce said the vibe of netball games was very different to the vibe that you might see at the same level men's sports.

"You know, women don't riot, they don't engage in violence. There's very little drinking, it's really there to support."

Bruce said because the general public didn't see a lot of news about netball fans, it could be misconstrued that there wasn't a big fan base out there, which was not the case.

"It's just that there are a multitude of different ways that you can be a fan and netball is a particularly feminine space and because of that, it's a safe space.

"Because you don't see, you know, hundreds of thousands of them [netball fans] posting and having public debates online, they're almost more inconspicuous than they should be."

Bruce said the speed of the game might be another reason netball fans were less evident when it came to TV coverage.

"In other sports there are timeouts or lots of opportunities for long lingering looks at the crowd, but it's actually very difficult in some ways for broadcasters to really show us the passion of netball fans."

Bruce said they were hoping their research would make the size and passion of the netball audience in New Zealand more visible, and could help Netball New Zealand reach out to their fans and market to them better.

For example, Bruce said what annoyed fans was that there was very little merchandise.