Here is a list of international sports events hit by the coronavirus outbreak: 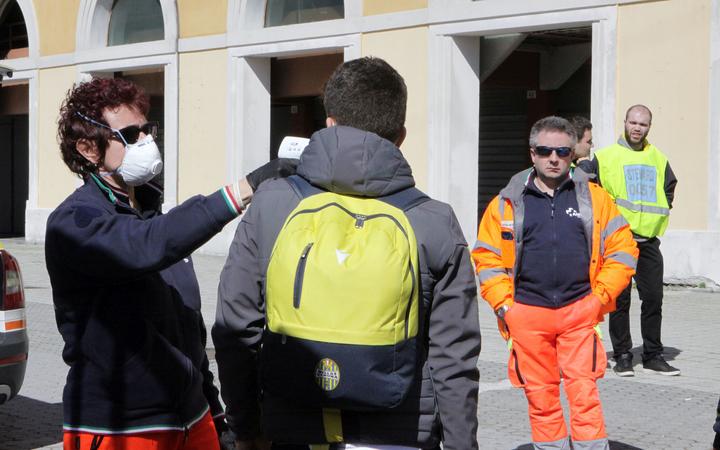 * The Tokyo 2020 Olympics torch lighting ceremony in ancient Olympia will be the first in more 35 years to be held without spectators after organisers introduced tighter measures to protect against the coronavirus.

The International Olympic Committee gave further unequivocal backing to this year's Games in July and August, urging athletes to prepare "full steam" despite the coronavirus threat.

* The World Athletics Indoor Championships, scheduled for Nanjing from March 13-15, were postponed until next year. World Athletics is working with organisers on a date to host the biennial event in 2021.

* The Paris marathon has been postponed from April 5 to Oct. 18 due to the virus outbreak in France.

* The Barcelona marathon scheduled for March 15 has been postponed until Oct. 25.

* The Marathon des Sables ultramarathon, scheduled to take place in Morocco on April 3-13, has been postponed to Sept. 18-28.

* The Women's World Ice Hockey Championships, scheduled for Canada from March 31 to April 10, have been cancelled.

* The Champions League soccer clash between Paris Saint Germain and Borussia Dortmund on March 11 will take place in an empty stadium due to concerns over the coronavirus outbreak, said the Paris police authority.

* Italy has ordered all major sporting events, including top-flight Serie A soccer games, to be played without fans for a month in a bid to curb Europe's worst outbreak of the virus.

* The president of the Italian Football Federation, Gabriele Gravina, has refused to rule out the suspension of Serie A soccer if a player tests positive for the coronavirus.

* The Serie A match between Parma and SPAL on March 8 was delayed before kick-off for 35 minutes after Italy's minister for sport called for the league to be suspended during the outbreak.

* Players in England's Premier League will forgo traditional pre-match handshakes between opponents as a measure to prevent the further spread of the virus, the league said.

* Players from Danish Super League clubs Brondby and Lyngby are in isolation after they met and hugged former Denmark international Thomas Kahlenberg, who has since tested positive for the virus.

* The Swiss soccer league has been put on hold until at least March 23 after the clubs rejected the possibility of playing matches without spectators.

* All Romanian league matches will be played without fans attending until further notice, the country's soccer federation, FRF, said.

* All Bulgarian league matches in the next two rounds will be played without spectators.

* China's 2022 World Cup qualifiers against Maldives at home and Guam away in March will be moved to Buriram, Thailand. The games will be played without spectators attending.

* FIFA and the Asian Football Confederation (AFC) have agreed to postpone the Asian World Cup qualifying matches in March and June due to the outbreak.

* The Chinese Football Association said domestic games at all levels would be postponed.

* South Korea's professional soccer league has postponed the start of its new season. The league also asked its four teams in the AFC Champions League to hold games without any spectators attending.

* Japan's J.League decided to postpone the restart of matches due to the coronavirus and the country's top domestic soccer division will not hold any matches this month, public broadcaster NHK said. 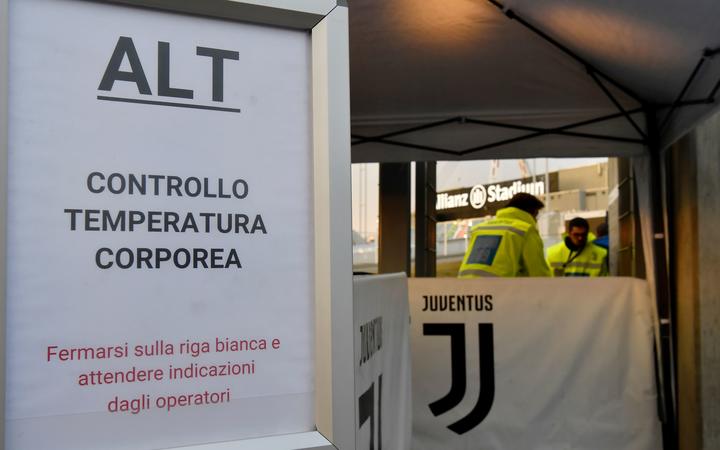 * The Chinese Grand Prix in Shanghai set for April 19 has been postponed by the governing body FIA and Formula One. The authorities will consider alternative dates later in the year.

* Melbourne's major events chief Martin Pakula is confident the Australian Grand Prix will go ahead as scheduled on March 15, but said he could offer no firm guarantees because of the dynamic nature of the epidemic.

* The Bahrain Grand Prix, the second round of the season, will go ahead on March 22 without fans.

* The opening two rounds of the season, in Qatar (March 8) and Thailand (March 22), will not go ahead as scheduled.

* France's final Six Nations match against Ireland has been postponed because of the coronavirus outbreak, but Wales' final match against Scotland will go ahead as scheduled on March 14.

* The Irish Rugby Football Union postponed the country's Six Nations fixture against Italy due to the virus outbreak in northern Italy. The game was scheduled to take place in Dublin on March 7.

* England's final Six Nations match against Italy in Rome on March 14, which had been due to be played without fans present after an Italian government ruling, has been postponed.

* The women's Six Nations game between Scotland and France scheduled for March 7 in Glasgow was postponed after a home player tested positive for coronavirus.

* The BNP Paribas Open in Indian Wells, scheduled to start on March 10, was cancelled over concern about the spread of the virus in Southern California. The event drew a record 475,000 fans over its two-week run last year.

* The WTA cancelled the Xi'an Open (April 13-19) and Kunming Open (April 27-May 3) in China. The governing body of women's tennis said it would monitor the situation with several events scheduled to take place in the country later this season.

* Two Davis Cup qualifiers - Italy v South Korea in Cagliari and Japan v Ecuador in Miki - will be played without spectators in attendance.

* The world championships to be held in Busan, South Korea, from March 22-29 have been pushed back provisionally to June 21-28.

* The International Skating Union postponed the March 13-15 short track speed skating world championships in Seoul, South Korea, and the event will not be held before October.

* The International Olympic Committee announced Jordan as hosts of the boxing qualifiers for Asia and Oceania after an event in Wuhan, China was cancelled. They will now take place in Amman, Jordan from March 3 to 11.

The tour also cancelled the Honda LPGA Thailand event in Pattaya, Thailand and the HSBC Women's World Championship in Singapore.

* The European Tour said the Maybank Championship (April 16-19 in Kuala Lumpur) and the Volvo China Open (April 23-26 in Shenzhen) have been postponed.

* The March 25-28 Bangabandhu Cup at the Kurmitola Golf Club in Dhaka has been postponed, the Asian Tour said, adding it was working with organisers to identify new dates.

* The final two stages of the UAE Tour were cancelled after two Italian participants tested positive for coronavirus. Tests on 167 people at the event proved negative for coronavirus after they were feared to have been exposed to the infected cases.

* Four teams, including Britain's Ineos, have pulled out of several cycling races in Italy.

* Race organisers in Italy, Europe's most affected country by the outbreak, cancelled the Strade Bianche one-day race after Rome decided to hold events without fans.

* The Milan-San Remo one-day race, one of cycling's five 'Monument' classics, scheduled for March 21, has been cancelled.

* The Japanese Rugby Football Union said the April 25-26 Asia Sevens Invitational, which doubles as a test event for rugby sevens at the 2020 Olympics, had been cancelled.

* The Singapore and Hong Kong legs of the World Rugby Sevens Series have been postponed from April to October.

* The Australian Football League said the game between St Kilda Saints and Port Adelaide Power scheduled for May 31 in China had been moved out of the country.

* The International Weightlifting Federation cancelled the Asian Championships, scheduled to take place in Uzbekistan from April 16-25.

* The opening round of the World Triathlon Series scheduled to be held in Abu Dhabi from March 5-7 has been postponed.

* The World Baseball Softball Confederation postponed its final qualification tournament for the Olympics. The six-team event, originally scheduled for April 1-5 in Taiwan, will now take place from June 17-21.

* The ICC have postponed the men's Cricket World Cup Challenge League A that was set to begin on March 16 in Malaysia. Canada, Denmark, Malaysia, Qatar, Singapore and Vanuatu were set to take part.