They've beaten Australia 17-14 in the final of the Vancouver tournament.

New Zealand capitalised on two second-half yellow cards for Australia, but were forced to hang on in the last two minutes when they also had a player sin-binned.

The result extends their lead at the top of the standings to 11 points with four rounds remaining.

Earlier, New Zealand men's sevens team backed up an undefeated run in pool play with a 17-5 quarterfinal win over Fiji and a 27-15 win over South Africa in the semifinals.

New Zealand won the inaugural Canada Sevens tournament in 2016 but have failed to get past the quarterfinals at the next three events held in Vancouver. 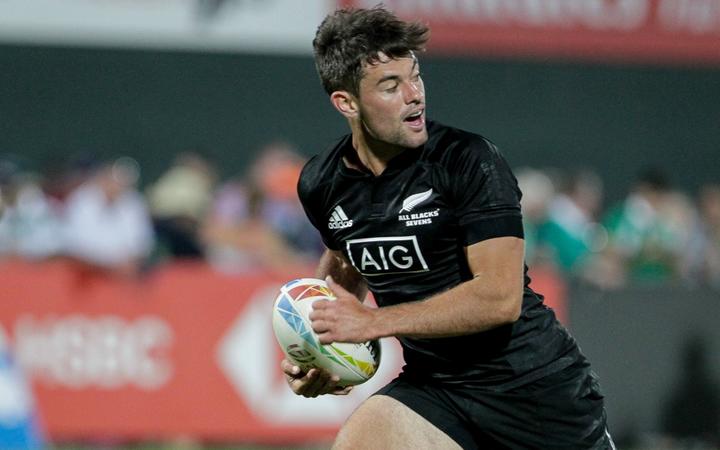 Danny Lee finishes in a tie for fifth

New Zealand golfer Danny Lee has finished in a tie for fifth at the latest PGA tour event in Florida.

Lee, who started the day in a share of fourth, carded a final round three over par 75 to end on even par for the tournament, four shots behind the winner Tyrell Hatton.

Englishman Hatton secured a one-stroke victory over Marc Leishman after hitting a series of clutch shots over the dangerous final stretch, culminating with a rock-solid par at the last.

New Zealand snowboarder Zoi Sadowski-Synnott has won gold in the Slopestyle at the latest X games round in Norway.

Robinson is due to race next at the World Cup Giant Slalom in Sweden on 13 March but the FIS Alpine Ski World Cup Finals, due to be held in Italy from 16th-22nd March have been cancelled due to the impact of Covid-19.

The New Zealand Warriors have beaten rival clubs to snare powerhouse Tonga international Ben Murdoch-Masila on a three-year contract from the 2021 NRL season.

The 29-year-old Aucklander will return home from England where he is in the final season of his three-year Super League deal with the Warrington Wolves.

Murdoch-Masila was exceptional in Tonga's historic 16-12 victory over the Kangaroos in last year's Oceania Cup Test at Eden Park.

"Ben is right up among the best forwards in the game right now and he had plenty of clubs trying to sign him," said Warriors recruitment manager Peter O'Sullivan.

He made his NRL debut with the Wests Tigers in 2010 and went on to play 52 NRL games for the club before moving to Penrith. A two-year stint there produced only six games before he left to join the Super League.

Murdoch-Masila was a standout as he helped Tonga to the 2017 Rugby League World Cup semi-finals, scoring a try in the shock win over the Kiwis in Hamilton in the pool stages.

All Blacks midfielder Anton-Lienert Brown has re-signed with the Chiefs and New Zealand Rugby through to 2023.

Still relatively young, the 24-year-old has already had an impressive career with 43 Tests (24 starts) for the All Blacks, and 71 Super Rugby games.

"The team environments I have been a part of are really special. The challenge of the competition and team selection keeps me on my toes and drives me to be a better player and person. It's that challenge I enjoy the most and for me there is no better place I want to be, to develop on and off the field," Lienert-Brown said.

All Blacks Head Coach Ian Foster said Anton has been a standout for the All Blacks in recent years.

"For someone relatively young, he's been an outstanding and consistent player who I feel is getting better and better. We look forward to seeing more of him this season and beyond," Foster said.

Auckland City FC and AS Venus have emerged from Group D as the quarter-finalists in football's OFC Champions League 2020.

Auckland City, nine-time Oceania club champions, beat Lupe Ole Soaga SC 2-0 during their final game in Tahiti to ensure they finished at the top of the pool, before home side AS Venus beat Ba FC 4-2 to secure second place in the group.

The Navy Blues delivered another clinical performance at Stade Mahina and kept their third-straight clean sheet of the campaign in their win over Lupe.

Auckland were rarely troubled through their group fixtures and loom as a challenging opponent during the knockout stages. The draw for the quarter-finals is expected to take place in the coming week.

Chelsea coach Frank Lampard turned a selection crisis into a golden opportunity for half a dozen players who have struggled to make Premier League appearances this season but starred in the 4-0 thrashing of Everton.

Lining up at kick-off were three veterans who have failed to even make the substitutes' bench at times recently - Spaniards Pedro and Marcos Alonso and France striker Olivier Giroud.

They were joined by midfielder Ross Barkley and goalkeeper Kepa Arrizabalaga who have recently languished on the sidelines after struggling to live up to their big-money moves to Chelsea.

Lampard also gave a first Premier League start to 18-year-old anchor Billy Gilmour in the absence of experienced midfielders N'Golo Kante and Mateo Kovacic, who were both injured, and Jorginho who was suspended.

Bahrain F1 race to be held without fans due to coronavirus

The Bahrain Formula One Grand Prix will go ahead on 22 March without fans due to the coronavirus crisis, a blow to the Gulf Arab state's important tourism sector.

Bahrain, which is hosting the second round of the Formula One season at the Sakhir circuit outside Manama, has reported 83 cases of the virus, mostly linked to people who had travelled to Iran.

"Bahrain has made the decision to hold this year's [race] as a participants-only event," organisers said on Sunday.

"Convening a major sporting event, which is open to the public and allows thousands of international travellers and local fans to interact in close proximity would not be the right thing to do at the present time," they added.