Latest - Leicester City's Jamie Vardy ended his long scoring drought with two goals after coming off the bench as they returned to winning ways with a 4-0 drubbing of Premier League strugglers Aston Villa at the King Power Stadium on Monday. 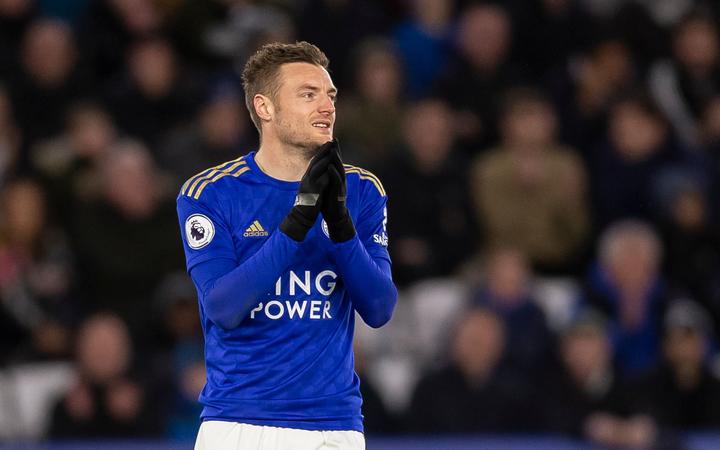 Leicester's goal-machine Vardy had not found the net since December 21st but converted a penalty just past the hour to double Leicester's lead shortly after replacing Kelechi Iheanacho.

Harvey Barnes had opened the scoring before halftime.

Vardy struck again after 79 minutes to take his league tally to 19 for the season before Barnes claimed his second to make it a miserable night for Leicester's Midlands rivals Villa.

It was the Foxes first win in five league games, ending a slump that had put their top-four place in peril.

Third-placed Leicester began the night only five points above fifth-placed Manchester United but the victory means they have re-established a healthy gap. Leicester have 53 points from 29 games, Chelsea have 48 and United 45.

All have nine games remaining.

Villa remain second from bottom, two points below the safety line with 25 points and a game in hand.

All sport in Italy has been suspended until at least April 3rd because of the coronavirus.

It includes top flight Serie A football teams but not Italian clubs or national teams participating in international competitions, with Juventus home Champions League football clash with French side Lyon to go ahead at this point, possibly behind closed doors.

Italy has extended a series of strict quarantine measures, including a ban on public gatherings, from the north to all of the country.

The next three rounds of Japan's Top League rugby competition have been suspended following the arrest of a New Zealand player allegedly for drug use. 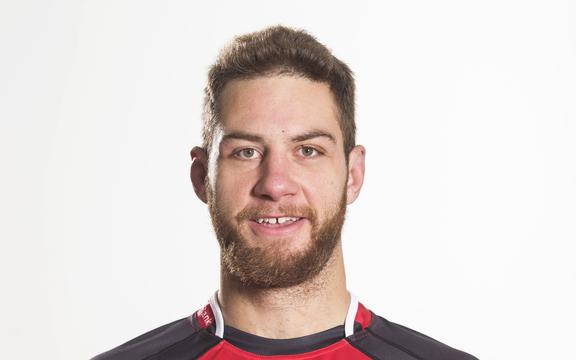 Hino Red Dophin's New Zealand-born forward Joel Everson was arrested last week on allegations of cocaine use, leading the club to cancel all their remaining matches for the rest of the season.

The latest suspension follows the postponement of the last two rounds of the competition due to the coronavirus outbreak.

Announcing the new suspension of play in order to undertake an investigation after Everson's arrest, the Japan RFU said it "aims to restore the public's faith in rugby's core values."

Only six rounds of this year's Top League have been played so far.

Another Six Nations game off

This weekend's Six Nations rugby match between France and Ireland has been postponed because of concerns over the coronavirus outbreak.

England lead the table on points difference from France, who failed in their Grand Slam bid with defeat by Scotland yesterday.

As it stands, Wales' match against Scotland will go ahead on March 14.

The France-Ireland game was to be played in Paris.

The New Zealand cyclist George Bennett has voiced some disappointment after his team pulled out if this week's Paris-Nice race. 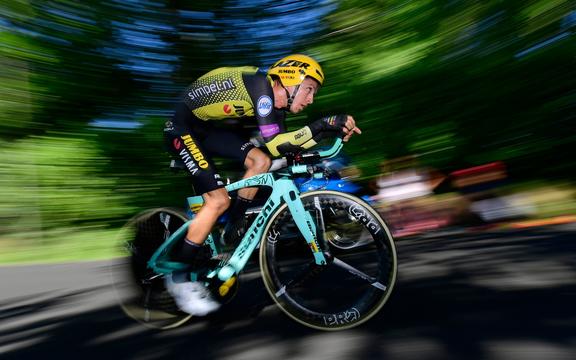 His Dutch Jumbo-Visma team decided not to participate because of the health risks due to the coronavirus and the lack of adequate guarantees from organisers.

On social media Bennett tweeted "tough choices in crazy times, a huge amount of work went into this race as the first major goal of the year but the team has put rider welfare first."

"(Hopefully) plenty more races to come. I'm glad they can think long term gains when I sometimes struggle to see past my nose."

Bennett's main events this year are the Giro d'Italia in May and the Olympics in July.

Tottenham Hotspur striker Harry Kane has given club and country a major boost after returning to training following a hamstring injury that has sidelined him since January 1st. 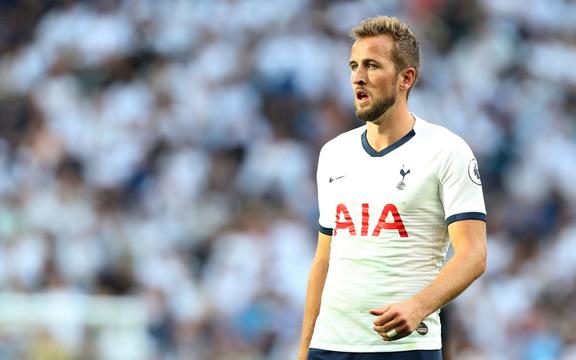 Television footage showed England's captain training at Tottenham's training ground on Monday, albeit not with the rest of the first team preparing for tomorrow's Champions League last 16, second leg at RB Leipzig.

"Love being back on the grass with a ball at my feet," Kane said on Twitter.

His injury, sustained against Southampton, was severe enough to require surgery and manager Jose Mourinho initially suggested he might not return before the end of the season.

It now looks as though Kane, who has scored 27 goals for Tottenham and England this season, will be back to play some part in the Premier League run-in.

That will be a relief for England manager Gareth Southgate ahead of the Euro 2020 championship which starts in June.

The son of one of New Zealand's most successful NFL players Riki Ellison has retired from American football. 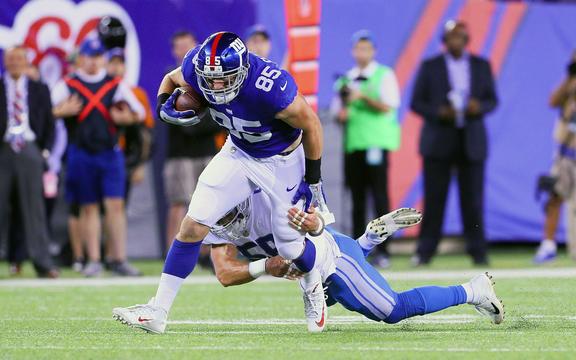 Rhett Ellison played eight seasons in the NFL, the last three with the New York Giants.

The tight end caught 118 passes for 1,189 yards and seven touchdowns in 113 games with the Minnesota Vikings and Giants.

Ellison, 31, suffered a concussion last season against the New York Jets on Nov. 10 and missed the final six games.

His father Riki won three Super Bowls with the San Francisco 49ers during the 80's.

The Indian Wells tennis tournament has been cancelled because of concerns about the spread of coronavirus. 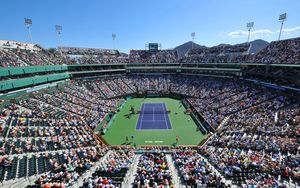 The tournament, a combined ATP and WTA event which is one of the biggest and most prestigious outside of the Grand Slams, was due to start this week.

Health officials in California said there was "too great a risk" to hold a "large gathering of this size".

"We are prepared to hold it on another date and will explore options," said tournament director Tommy Haas.

Many of the world's leading players, including men's world number two Rafael Nadal, have already arrived in California for the event.

Qualifying was set to start today with the main draw matches beginning on Wednesday.

The tournament draws more than 400,000 fans each year to Indian Wells, which is 130 miles east of Los Angeles.

The decision to call off the tournament was made after one case of coronavirus was confirmed in the local Coachella Valley area. A public health emergency has been declared by medics. 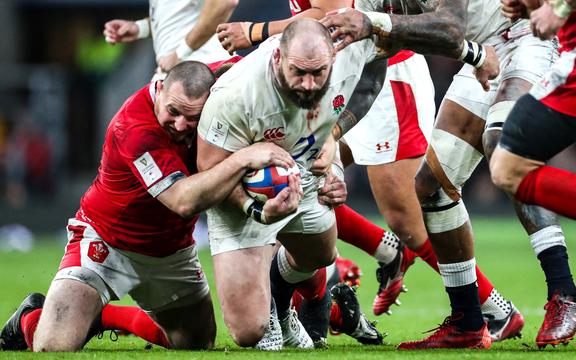 A Six Nations statement said the 29-year-old Marler had infringed Law 9.27 which includes "grabbing, twisting or squeezing the genitals" of an opponent.

Marler's team mate Courtney Lawes has also been cited for a dangerous tackle on Wyn Jones.

Both players will appear before a disciplinary hearing in Dublin on Thursday.

The incident involving Marler has received widespread coverage with former England coach Clive Woodward claiming it has brought "embarrassment" on the team.

"You can be a great player, a character and different but don't go around being a distraction and embarrassment to the team, shirt and country," Woodward, who coached England to World Cup glory in 2003, wrote in his Daily Mail column.

England won 33-30 despite having Manu Tuilagi red-carded late on for a dangerous tackle.

Australian Beth Mooney has risen to the top of the women's T20 world batting rankings following her exploits at the T20 World Cup.

The New Zealand golfer Danny Lee's top finish on the PGA tour yesterday has qualified him for the Open Championship in England in July.

Good week @apinv it was tough weekend rounds! Solid top5 finish and got in to 2020 @theopen ! Next @theplayerschamp and congratulations to one of my favorite guy out here @tyrrellhatton

Lee had his best result of the year, finishing tied for fifth at the Arnold Palmer Invitational in Florida.

He became one of three players from the tournament to qualify for the fourth major of the year.

Lee celebrated his qualification with his son Roi after a grinding final round of 75, which included a brilliant up and down on the 71st hole.

The 29-year-old, who famously won on the European Tour as an amateur in 2009, has played in two previous Open Championships, missing the cut both times in 2015 and 2016.

Lee will be trying to follow in the footsteps of the most recent Champion Golfer of the Year Shane Lowry, who coincidentally also won as an amateur on the European Tour in 2009.

Japan's professional baseball season won't start on time due to the spread of the coronavirus.

Officials of Nippon Professional Baseball have announced that the season, originally scheduled to open on March 20, will not get underway until some time in April at the earliest.

"I personally believe that we have no choice but to postpone at this stage," commissioner Atsushi Saito said.

Japan's 12 major league teams had been playing their spring training games without fans.

The Court of Arbitration for Sport has annulled the four-year ban imposed on Jarrion Lawson by the sport's governing body World Athletics, following an appeal by the American long jumper and sprinter.

The 25-year-old, who was suspended last year after testing positive for the banned substance epitrenbolone, had denied any wrongdoing, saying the substance could have entered his body through the consumption of contaminated beef in June 2018.

Lawson said that he ate the tainted meat at a restaurant in Fayetteville, Arkansas. An out-of-competition doping control test the next day indicated the presence of the exogenous anabolic androgenic steroid.

"The CAS Panel found it more likely than not that the origin of the prohibited substance was contaminated beef consumed in a restaurant the day before the test," sport's highest court said in a statement.

"Following a careful review and examination of the evidence and expert testimony... the panel was unanimously of the view that Lawson had established that he bore no fault or negligence for his positive finding.

"As a consequence of such finding, the period of ineligibility was eliminated."

Lawson captured the long jump silver medal at the world championships in London three years ago.

Manchester United have frozen their season ticket prices for the ninth straight season in general admission areas of the stadium.

In addition to the price freeze, the English Premier League football club said they would expand dedicated areas for vocal fans in the Stretford End at Old Trafford to increase decibel levels.

They will also trial rail seating, subject to approval from local authorities.

"We've worked closely with fan groups and through the Fans' Forum to help achieve this shared goal of reviving the Stretford End to its traditional status as the heartbeat of our matchday support," United said in a statement.

"We have also submitted a proposal to the local authority to trial a rail seating area within the stadium.

"Our belief is that the introduction of rail seating would enhance spectator safety in areas of the stadium where, as with other clubs, we have seen examples of persistent standing."

The 20-times English champions said more than 100,000 people were on the waiting list for season tickets.