Hurricanes prop Tyrel Lomax has been suspended for three weeks after being sent off for a shoulder charge during his team's Super Rugby loss to the Blues on Saturday.

Lomax was red carded for a dangerous tackle on Blues' midfielder Rieko Ioane in the first half. 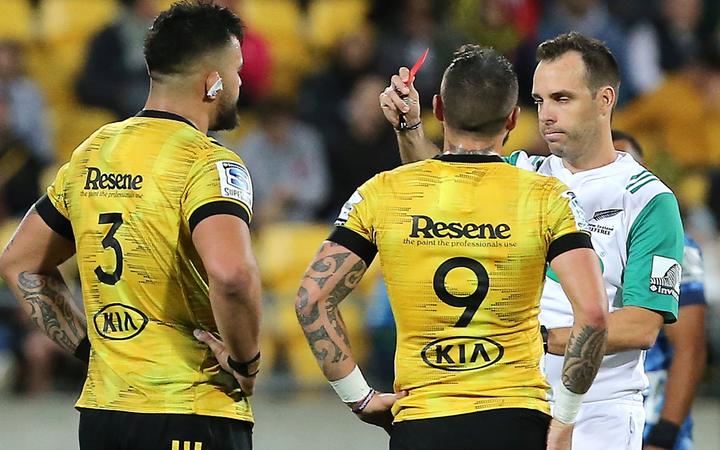 The incident occured in the 46th minute of the match with Lomax making contact with Ioane's head.

"Having conducted a detailed review of all the available evidence, including all camera angles and additional evidence, including from the player and submissions from his legal representative, Aaron Lloyd, the Foul Play Review Committee upheld the Red Card under Law 9.16."

"With respect to sanction the Foul Play Review Committee deemed the act of foul play merited a mid-range entry point of 6 weeks due to the World Rugby instructions that dictate any incident of foul play involving contact with the head must start at a mid-range level. However, taking into account mitigating factors including the Player's clean judicial record and the fact the Player has pleaded guilty at the first available opportunity, the Foul Play Review Committee reduced the suspension to 3 weeks."

"The player is therefore suspended for 3 weeks, up to and including the Friday 27 March 2020."