The Wellington Phoenix racked up three goals against the Mariners at Central Coast Stadium, beating the bottom-of-the-table side 3-1 in a dominating performance. 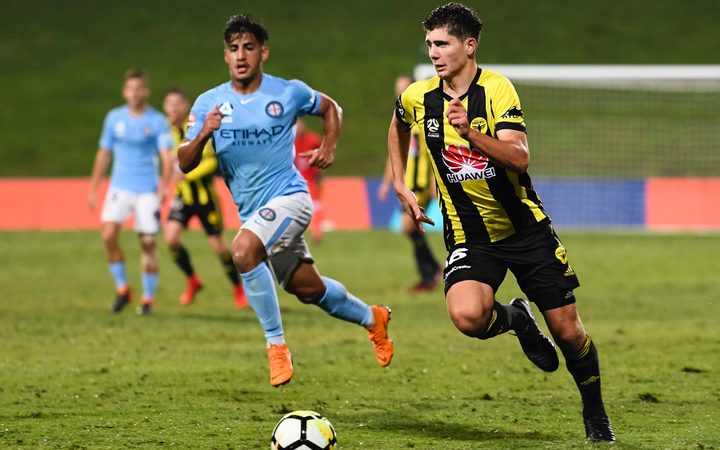 The match saw spectacular first-half goals - thanks to a pair of classy assists - for Liberato Cacace and Gary Hooper, with Jaushua Sotirio hammering home another on 80 minutes before Jair finally got the Mariners on the board in the final minutes.

The win, Wellington's third in a row, keeps the Phoenix comfortably in the top four as they continue their fight the Finals.

The match kicked off with an early chance for Gary Hooper in the first two minutes, as he received a pass in the box from Liberato Cacace but was unable to get his shot off.

Meanwhile the Mariners had their chances at goal; but attempts by Milan Duric and Chris Harold both landed safely in the hands of Wellington goalkeeper Stefan Marinovic.

Wellington's first goal attempt at goal would be a successful one - a brilliant goal by Cacace on 18 minutes, taking a leading pass from Davila to slot home a goal from inside the box and put the Phoenix up 1-0.

It was 19 year-old Cacace's second straight match with a goal, as well as being his 50th match for the Phoenix - the youngest Wellington player ever reach this milestone.

The Mariners had another pair of opportunities that they couldn't convert thanks to Marinovic, and then botched a free kick opportunity that went safely over the net.

On 30 minutes, the Phoenix struck again; a terrific pass by Reno Piscopo over the top of the defense to Hooper, who handily chipped it over Mariners goalkeeper Mark Birighitti into the goal.

This gave the Phoenix two goals in their first three shots on goal as they went up 2-0, and also gave Hooper his fifth goal of the season.

A last-minute attempt by the Mariners saw Marinovic leaping into the air over ex-Phoenix midfielder Gianni Stensness, denying an opportunity on goal as they went into half-time safely up 2-0; a clinical Wellington side making their shots count and winning the possession battle.

The second half saw the Phoenix maintaining control and not pushing the ball too much, content to instead wait for good opportunities.

A duel between Jair and Steven Taylor saw the latter make a stirling defensive play for the Phoenix, before Stensness had an opportunity to score but couldn't control his header.

Wellington would get onto the scoreboard for the third time thanks to a pair of Phoenix substitutes; with Alex Rufer setting up Jaushua Sotirio for his third goal of the season and putting Wellington up 3-0.

A goal by Jair in the 89th minute put the Mariners on the scoreboard and denied Wellington an opportunity for a third straight clean sheet.

Sotirio almost had a chance at a brace as he hammered home a goal past Birighitti, only to be ruled offside - the match ending 3-1 to the Phoenix.

In addition to the win, the Phoenix will be buoyed by their efficiency on offense - the club being on target with four out of six shots on goal, sinking three; their highest percentage of the season.

The Wellington Phoenix will next return home to Wellington for their match against Melbourne Victory on 15 March, the start of a gruelling stretch of three matches in eight days - with subsequent away games against Sydney FC and the Newcastle Jets.