When Sarpreet Singh stepped off the plane in his native New Zealand in December he was surrounded by an "overwhelming" array of television cameras and media. 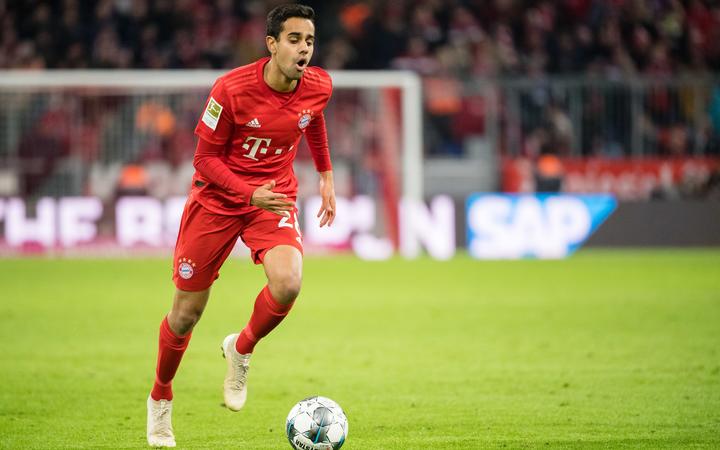 He had not only arrived back home as one of the country's major sporting stars but also as a role model for South Asians dreaming of breaking down barriers in mainstream professional football.

The 21-year-old midfielder's rise had come about after German giants Bayern Munich plucked him from the relative obscurity of playing for Kiwi side Wellington Phoenix and signed him last summer.

Singh had been spotted playing for New Zealand at the Fifa Under-20 World Cup and, initially brought in as one for the future, the attacking midfielder is progressing "better than expected" and has already made his first-team debut.

"Coming from New Zealand with an Indian background, it doesn't happen too often," he tells BBC Sport of his journey to the Bundesliga club.

"When I play for the New Zealand national team, a lot of people say we are the underdogs.

"But for me, it is all mental. It just comes down to how much work you want to put in.

"You couldn't say that when I was playing in Wellington that I would now be at Bayern Munich, but here I am. Anything is possible."

Singh's immediate family, including his mother and siblings, are Christian, while his extended family are Sikh and hail from the northern Punjab region of India.

Singh's family had a strong focus on education, with his brother and sister achieving "good degrees", but the youngest sibling was allowed to follow his footballing dream as he says "mum sensed maybe I was a little bit different" and had a "gift".

"Sometimes Indian parents say 'don't need it today'," he said when speaking about the dedication of taking children to training and games. "My uncle still does it with his kids and we try to tell him that it's important, especially when they're young.

"The older they get the more the kids will start to realise but, when they are young, it's important the parent drives it. They have to make a lot of sacrifices and that's what my family did for me."

Singh seems determined to take the chance Bayern have given him. He is one of five youngsters at the club allowed to train with the first team, and has scored six goals as well as registering seven assists in 19 outings for the Munich club's second team this season.

He has impressed Bayern boss Hansi Flick and had the "truly special feeling" of making his first-team debut when he came on as a late substitute for Philippe Coutinho against Werder Bremen in December.

"It was like where everything you have worked hard for has paid off. But, at the same time, it is just the start," said Singh.

Bayern accept that he is "unique" in that he is the rarity of a South Asian at such a high-profile team and the club's academy manager, Jochen Sauer, says their decision to sign him was entirely "a sporting one".

"We recognised with our scouting department that he's a very talented football player," added Sauer. "He has a good technique, can read a game and is used to ball possession football.

"His progress is very good, better than we expected. We decided in November that he is ready to train every day with the first team.

"After three or four weeks training with the first team, he already had his debut and this is very positive. Even Hansi Flick did not expect that he could play for the first-team already before Christmas." 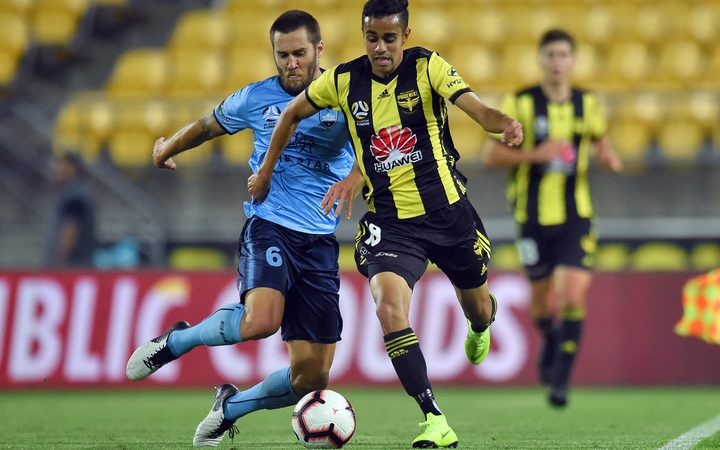 Sarpreet Singh in action for the Wellington Phoenix in the 2018/19 A-League season Photo: Photosport

Singh's heritage and, the fact that he is at such a renowned club in Bayern Munich, has put him on a pedestal for young South Asian footballers.

"Being in Germany, Sarpreet perhaps may not even realise the magnitude of his achievement," said Baljit Rihal, founder of the Asian Football Awards.

"He is a role model that provides inspiration and confirmation of the possibilities for aspiring South Asian footballers globally.

"We need more like him, and fast. He can give all South Asian communities a sense of pride and belonging in an arena where I currently believe there is a disconnect."

Singh, who supported Chelsea growing up, and his brother - a Manchester United fan - used to get up at 3am in New Zealand to watch games in the English top flight.

Rihal says he "selfishly" hopes Singh will eventually play in the Premier League in what could be a "watershed moment for British Asians" to "send a clear message to all those over the years who have doubted the capabilities of the community".

Since his move to Bayern, Singh says he has been taken aback by the support and volume of messages he receives from the South Asian community which makes him feel "proud and special".

"Hopefully, I can set a good platform for the players that follow me," he said.

"That's kind of my goal - to be the best I can be, set a good example for the kids to come and encourage them to keep working hard so that one day it'll be them."

While Singh may appreciate some of the responsibilities of his new status, he has also sampled the fame it brings back home in New Zealand where he says "people do recognise me and come up to me".

"Me and my mate were going to go for a tennis hit but we didn't have any rackets so we went down to the local sport shop and bought some," said Singh, who returned home in December during the Bundesliga winter break.

"The guy serving us said 'I don't know if you know this but has anyone told you that you look like Sarpreet Singh?'

If Singh continues on his current trajectory, he might well be recognised a lot more regularly.