Latest - England's final Six Nations encounter against Italy in Rome next week has been postponed amid fears over the coronavirus outbreak. 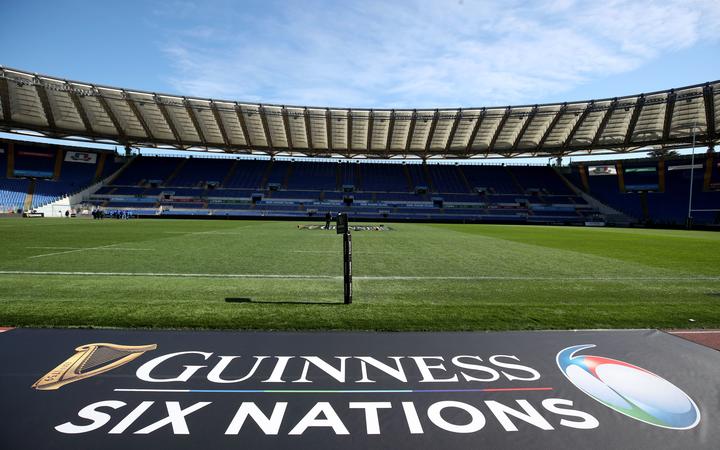 The game had been due to be played without fans present after an Italian government ruling on Wednesday but organisers decided to postpone it. Italy's game in Ireland this Saturday had already been postponed.

"Six Nations notes the decree issued by the Italian Government with respect to all upcoming sporting events in that country," organisers said in a statement.

"The decision has now been taken to postpone the three matches between Italy and England (Men's, Women;s, and U20) set to take place over the weekend of 13th/14th/15th March, with the intention to reschedule them at later dates.

"Based on the information that is currently available, all other Six Nations matches are set to go ahead as scheduled. As previously stated, Six Nations fully intends to complete all 15 games across all three championships when time allows."

No current threat to IPL

The Indian cricket board is monitoring the development of the coronavirus outbreak in the country but says there is no current threat to its flagship Indian Premier League, with the franchise-based tournament scheduled to start later this month.

The fast-spreading coronavirus has reached some 80 nations with more new cases now reported outside China where the flu-like illness first emerged in the central city of Wuhan late last year.

The virus has killed more than 3,200, most of them in China. It has infected more than 95,000 people globally with India reporting 29 confirmed cases.

The 13th season of the eight-team IPL, which is played in cricket's shortest Twenty20 format, is scheduled to begin on March 29 with a match between defending champions Mumbai Indians and Chennai Super Kings.

The national team, however, will take on South Africa for three one-day internationals before that, starting with the first match in the northern Indian city of Dharamsala next Thursday.

"We are keeping a tab on the situation. Before the IPL we have the South Africa series. Everything is on schedule currently," IPL governing council chairman Brijesh Patel told Reuters on Thursday.

Australia dodged the Sydney rain to beat South Africa by five runs and set up a Women's Twenty20 World Cup final against an Indian side who earlier progressed to the final for the first time without a ball being bowled.

Wet weather washed out the first of the back-to-back semi-finals at the Sydney Cricket Ground, leaving frustrated England to head home because they had finished second in Group B while India had topped Group A.

With no reserve day scheduled under tournament rules signed off by the boards of all competing nations, hosts and reigning champions Australia, who finished second in Group A, looked set to suffer the same fate as the rain continued to pelt down.

An evening lull in the downpour and the SCG's extraordinarily efficient drainage allowed a window for to complete their innings, however, and captain Meg Lanning led the way with a battling 49 as they mustered a total of 134 for five.

The rain started to fall again during the final over and an extended break between innings left South Africa chasing a revised victory target of 98 runs from 13 overs under the Duckworth Lewis method.

Group B winners South Africa would have progressed had they been unable to complete 10 overs, but the rain mostly stayed away and Australia's bowlers restricted them to 92 for five despite a blistering 41 from Laura Wolvaardt.

Regular skipper James Lentjes has been sidelined for the season with an ankle injury sustained against the Rebels last week and has been replaced at openside flanker by Dillon Hunt.

Dixon has been named on the bench, with All Black Liam Coltman returning to start at hooker.

Shannon Frizell is also back in the Highlanders' loose forward trio, while young Southland lock Manaaki Selby-Rickit has been selected to replace Jack Whetton at lock.

Ngane Punivai will make his debut for the Highlanders at centre in the only chance to their backline.

There will be no New Zealanders in action in the Australian basketball league grand final series.

The defending champion Perth Wildcats and Sydney Kings will meet in the best-of-five game championship series after overcoming the Cairns Taipans and Melbourne United respectively in the semi-finals.

Tall Blacks guard Jarrod Kenny came off the bench for the Taipans in their semi-final series, while fellow New Zealand internationals Shea Ili, Tohi Smith-Milner and Alex Pledger all featured for Melbourne United.

The grand final series will start in Sydney on Sunday.

New Zealand light heavyweight boxer Jerome Pampellone has been dumped out of the Olympic qualifying tournament in Jordan following a second round loss to the top seed from Kazakhstan.

Middleweight Ryan Scaife has lost his first round bout.

Dominic Roe will face the top seed, Uzbekistan's Bobo-Usmon Baturov, in the quarter-finals of the men's welterweight division tonight.

Two-time Commonwealth Games champion David Nyika has to wait until Sunday night for his quarter-final bout in the men's heavyweight division.

Auckland City have put themselves in the best possible position to secure a home quarter-final in Oceania football's Champions League.

The nine-time champions have beaten local club AS Venus 1-0 in their second group match in Tahiti.

A Myer Bevan goal in the 42nd minute was the difference between the sides in a testy affair that featured a collection of yellow cards.

"We knew they were a quality side with a real energy and togetherness and you can see why they're one of the top teams here," Auckland City FC coach Jose Figueira said.

Auckland City now only need a draw from their final pool match on Sunday to secure top spot and a home quarter-final.

Everton manager Carlo Ancelotti has avoided a touchline ban but has been fined 8,000 pounds after accepting a charge of misconduct by England's Football Association following his side's Premier League draw with Manchester United.

Ancelotti was left infuriated after a decision by the Video Assistant Referee to disallow a late Everton winner and received his marching orders from referee Chris Kavanagh for protesting after the final whistle.

Dominic Calvert-Lewin's deflected shot was ruled out in the closing stages of the match at Goodison Park after VAR adjudged Gylfi Sigurdsson was interfering with play from an offside position.

"The Everton manager admitted that his language and/or behaviour on the field of play at the end of the fixture amounted to improper conduct and also accepted the standard penalty," the FA said in a statement on Thursday.

The decision means Ancelotti will be available on the touchline for Everton's league trip to his former club Chelsea on Monday.

Michel Platini, the former head of European football's governing body UEFA, has lost his appeal at the European Court of Human Rights against his four-year ban from the sport.

The court announced on Thursday that a seven-member panel had dismissed Platini's application against world governing body FIFA's 2015 decision and maintained his human rights had not been violated.

"The court found in particular that, having regard to the seriousness of the misconduct, the senior position held by Mr Platini in football's governing bodies and the need to restore the reputation of the sport and of FIFA, the sanction did not appear excessive or arbitrary," the court said in a statement.

The ban was over a payment of 2 million Swiss francs made to the Frenchman by FIFA in 2011 with Blatter's approval for work done a decade earlier.

Platini's ban was reduced to four years on appeal by the Court of Arbitration for Sport.

Former world No.1 Andy Murray is targeting a return to the ATP tour at the Miami Open later this month after completing his rehabilitation from a hip injury.

The 32-year-old Briton missed the Australian Open in January due to a pelvic injury sustained at the Davis Cup Finals in November and then pulled out of tournaments at Montpellier and Rotterdam last month.

"In the short term, I'm training to try and get ready for Miami," Murray told Amazon Prime Video.

"I've done so much rehab these last few months that, in terms of my strength and everything, all of the muscles around the hip are working well. It's just I hadn't played tennis.

"I'd hit like twice since the Davis Cup for like 40 minutes in a three-month period, so I need some time to build up and feel good on the court again. That's kind of my plans just now unless I have a setback or something."