Heavyweight boxing champion Tyson Fury says he will only fight twice more but his promoters say they wouldn't be surprised if his career carried on longer than that. 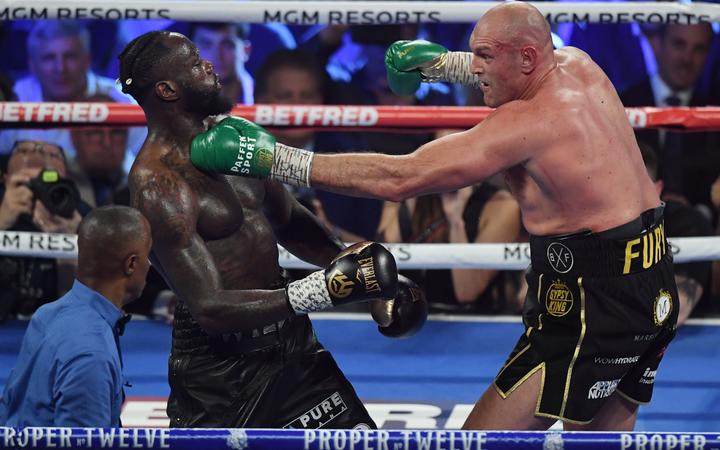 Fury defeated Deontay Wilder last month to claim the WBC belt and the pair are expected to meet for a third time in early July after the American triggered a rematch clause.

An all-British battle between Fury and WBA, IBF and WBO champion Anthony Joshua, possibly in December, then looms after which Fury says he's likely to hang up his gloves.

"I've got two more fights left and then we're going to really think about what we're going to do from there," Fury, 31, told British TV show This Morning while seated alongside his wife Paris.

"I'm undefeated in 31 professional fights, this is my 12th year as a professional, so yeah, that's what I want."

But Top Rank president Todd DuBoef said he had seen fighters he's worked with say they are going to retire, only to be lured back into the ring later.

"Manny Pacquiao was retired for a while and he's 42," DuBoef said, referring to the Filipino legend who is planning to fight again this year.

"Bernard Hopkins was never coming back. Conor McGregor retired. We'll see how it plays out," he said.

"He may get inspired and there could be a Wilder-Fury four fight. There could be an Anthony Joshua one, two and three fights. Who the hell knows, right?

"I'm not going to predict anything but I've been in the business a long time and I've seen people when they've thought it was time to get out, come back."