Latest - England players will not shake hands during the upcoming cricket tour of Sri Lanka because of the coronavirus outbreak, according to captain Joe Root. 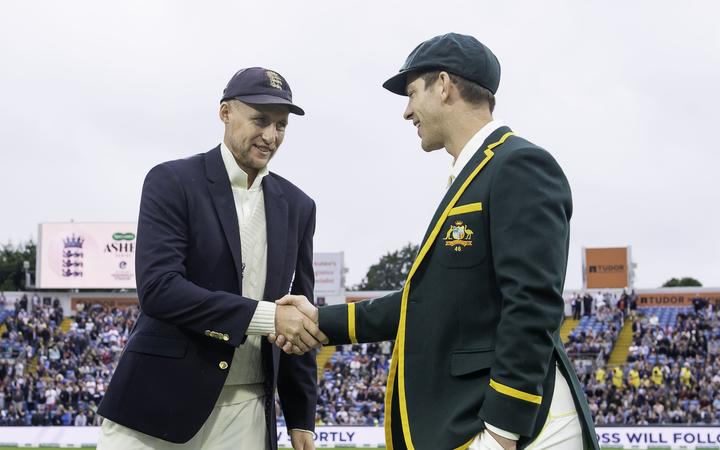 Root's side suffered gastroenteritis and flu problems during their recent tour of South Africa and will instead greet each other with fist bumps.

England contest the first of two warm-up games in Katunayake on Saturday in preparation for the two-Test tour.

The Tests will form part of the ICC World Test Championship.

"After the illnesses that swept through the squad in South Africa, we are well aware of the importance of keeping contact to a minimum," said Root.

"We are washing hands regularly and wiping down surfaces using the anti-bacterial wipes and gels we've been given in our immunity packs."

Root added England "fully expect the tour to continue as planned" but the team is in regular contact with the authorities and will "proceed as advised".

A number of sporting events have already been postponed because of the virus, which originated in China. Around 86,000 people across more than 50 countries have since become infected, resulting in more than 3,000 deaths.

Christophe Lambert has taken over as Tennis New Zealand's High-Performance Director replacing Simon Rea who returned to Australia in January.

Lambert has been Tennis New Zealand's National coach for the past 23 months.

The 54-year-old Frenchman, who will start the role immediately, has a Kiwi partner of 21 years and they have been living back in New Zealand for 5 years.

Lambert has more than 25 years of High-Performance coaching experience and has previously worked at Tennis Canada where he was the Head Coach of the Toronto National Junior Centre and was the private coach for current US Open champion Bianca Andreescu as a junior in 2016.

The second MotoGP race of the season, scheduled for Thailand on 22 March, has been postponed indefinitely due to the coronavirus epidemic.

The decision to postpone the event in the northeastern province of Buriram came a day after this weekend's season-opening race in Qatar was also cancelled due to travel curbs on participants from Italy and elsewhere.

Six riders in the championship's 22-strong grid come from Italy, which has Europe's worst coronavirus outbreak.

An alternative date would be considered this season, it added in the statement. Thai Deputy Prime Minister Anutin Charnvirakul, who is also health minister and chairman of the event's organising committee, had announced the cancellation earlier.

The race is the latest in a long line of international sporting events affected by the flu-like virus that originated in China late last year and has killed more than 3,000 people and infected over 86,500 globally.

Thailand has reported 43 cases since January and recorded its first fatality on Sunday.

The MotoGP championship now moves to the United States with next month's Grand Prix of the Americas in Austin, Texas.

The Briton beat Mexican-American Andy Ruiz Jr. in a December rematch in Saudi Arabia to win back his IBF, WBA, WBO and IBO world titles.

Known as "The Cobra", Pulev challenged for the IBF world heavyweight title in 2014, losing to Wladimir Klitschko in Hamburg on a fifth-round knockout.

The 38-year-old is a former European amateur super-heavyweight champion.

Joshua last fought in London in September, 2018 when he beat Alexander Povetkin at Wembley Stadium.

Meanwhile a third fight between WBC heavyweight world champion Tyson Fury and American Deontay Wilder is on and set for the United States by early July.

Fury took the title in Las Vegas last month with a seventh-round stoppage of Wilder, who fought the Briton to a split-decision draw in their first meeting in December 2018.

Fury's promoter Frank Warren had said he wanted Fury to fight fellow Briton Anthony Joshua next in a world title unification bout but Wilder had a rematch clause.

Former Liverpool and England striker Daniel Sturridge has been suspended from all football-related activity until June 17 after he was found guilty of breaching betting rules.

Sturridge became a free agent yesterday after mutually agreeing to terminate his contract with Turkish side Trabzonspor.

He had been charged by the FA in July with 11 alleged breaches of its betting rules, nine of which were dismissed by an independent regulatory commission, and banned for six weeks -- four of which were suspended.

The 30-year-old was accused of passing on inside information about his potential transfer moves away from Liverpool in Jan. 2018 to close friends and relatives that was then used for, or in relation to, betting.

However, the FA appealed against the charges and said an independent Appeal Board had found that the Regulatory Commission "misapplied the FA's rules in relation to the use of inside information and made findings of fact which could not be sustained.

Sturridge's fine was also doubled to $300,000 and the FA said world governing body FIFA confirmed the suspension would be effective worldwide.

Three goals in each half did the job for the nine-time Oceania club champions in wet conditions with Emiliano Tade grabbing a double, while Jordan Vale, Logan Rogerson, Myer Bevan and Brian Kaltack also scored.

The Navy Blues looked comfortable with the ball at their feet despite the conditions and were happy to build into the game.

"Very happy, the first game's always tricky in this competition with the limited analysis on what the opposition's going to be like," he said.

"I thought the way that we started the game was really pleasing. We knew we had to compete, we knew that it would be tough physically and we knew we'd have to deal with the conditions."

In the other group game Tahiti's AS Venus beat Lupe Ole Soaga of Samoa 6-0.

Melbourne United have beaten the Sydney Kings 125-80 to level their Australian National Basketball League semi-final series at 1-all.

The third and decising game is in Sydney on Thursday

The other series between Perth and Cairns is also level at 1-all.