The White Ferns fell four runs short of victory over India in the Women's Twenty20 Cricket World Cup despite some lower-order big-hitting. 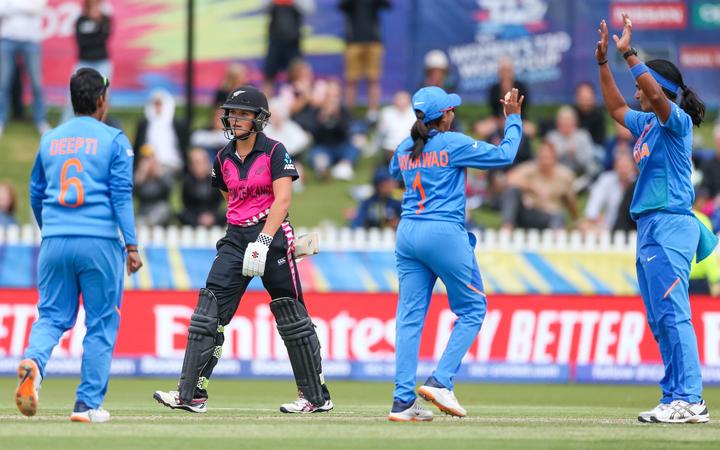 Verma top-scored for India with 46 runs off 34 balls.

The White Ferns will rue dropped catches and some sloppy fielding as they could have had Verma out twice before she departed for her highest score of the tournament so far.

India started strongly before the White Ferns bowlers were able to lower the run-rate in the second 10 overs.

The White Ferns lost wickets at regular intervals as the five Indian bowlers all took a wicket each.

For the first time in a long time White Fern captain Sophie Devine failed to fire with the bat, scoring 14 runs, and leaving the bulk of the run scoring to her team-mates.

Maddy Green scored 24 runs at just over a run a ball and Katey Martin scored 25.

Despite some late big-hitting from Kerr who hit 34 runs off 19 balls it was not enough for the White Ferns to get their second win of the tournament.

New Zealand need to win their next pool game is against Bangladesh on Saturday and their game against hosts Australia on Monday to progress to the semifinals.