The Crusaders have beaten their southern neighbours the Highlanders 33-13 in week four's New Zealand Super Rugby derby in Christchurch. 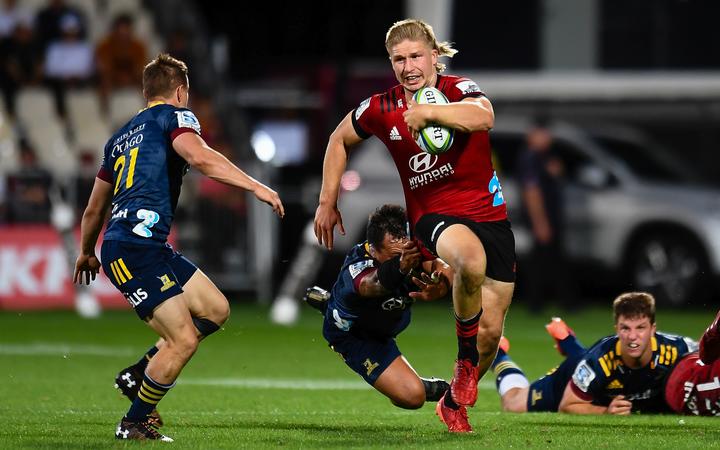 The visitors opened the scoring in the fifth minute when Josh Ioane kicked a penalty, but from there it was one way traffic in the host's favour.

Crusaders hooker Codie Taylor was the first to score in the 12th minute off an attacking lineout, with David Havili adding two points with the conversion.

Next to score for the Crusaders was Tom Christie in the 20th minute.

The Highlanders, however, managed to strike right back two minutes later when fullback Michael Collins scored in the left hand corner off the back of a counter-attack.

The celebrations for the Highlanders were short lived though, with Crusaders midfielder Brayden Ennor bumping off a tackle on the Highlanders 22 before running in under the posts in the 25th minute.

George Bridge also joined in the try-scoring spoils eight minutes before half time to give the Crusaders a 26-8 lead at half time.

The second half was more subdued than the first, with the first points coming in the 64th minute by way of Highlanders wing Jona Nareki who touched down in the left hand corner.

The Crusaders struck back nine minutes later in the 75th minute when Sione Havili dotted down, sealing the victory for the hosts.

The win moves the Crusaders atop the New Zealand Super Rugby standings, one point ahead of the Chiefs who play their match against the Brumbies in Hamilton on Saturday.

For the Highlanders, the loss leaves them in last place on the New Zealand ladder.