New Zealand Cricket and media company NZME have failed to reach a deal on radio broadcast rights for next season's international and domestic matches. 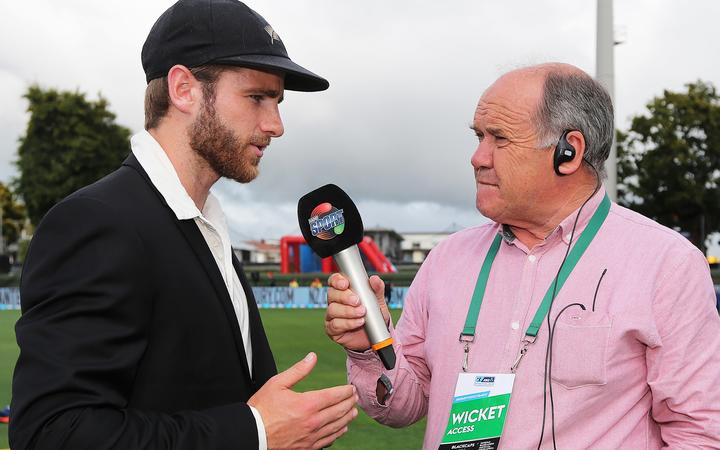 The current deal expires at the end of April and does not affect the remainder of this summer's broadcast schedule on Radio Sport.

Radio Sport has been broadcasting cricket for more than 20 years and New Zealand Cricket (NZC) will now go to the market to see what other interest there is picking up the broadcast rights.

RNZ understands NZME had been seeking a five-year deal but New Zealand Cricket felt given the changing media landscape that period was too long.

In a tweet, Radio Sport said: "NZME has chosen not to renew the rights to broadcast live commentary of New Zealand Cricket's home internationals plus domestic games from next summer. Radio Sport still holds rights until the end of this summer."

In a subsequent tweet it said: "After lengthy discussions with New Zealand Cricket, we haven't been able to reach agreement."

NZME has chosen not to renew the rights to broadcast live commentary of New Zealand Cricket's home internationals plus domestic games from next summer. Radio Sport still holds rights until the end of this summer.

Subsequently, NZME managing editor Shayne Currie tweeted that it was "sad it's come to this - speaking as a huge cricket lover as well."

The New Zealand Herald quoted NZME head of talk Jason Winstanley as saying the move opened the way for Radio Sport to change its schedule to appeal to a wider audience.

He said: "We have been in discussions with New Zealand Cricket for some time but haven't been able to reach agreement on the rights. Our cricket coverage has run at a loss - something we've previously been prepared to wear, but we're now taking the opportunity to rethink our offering in this space."

New Zealand Cricket also issued a statement saying it was unable to reach agreement with NZME during the exclusive negotiation period.

"NZC remains committed to bringing radio commentary to as many New Zealanders as possible and will therefore now go to the market to explore and investigate partnerships with other parties. As this is just the start of a wider negotiation process, we are unable to comment further until this process has been completed."