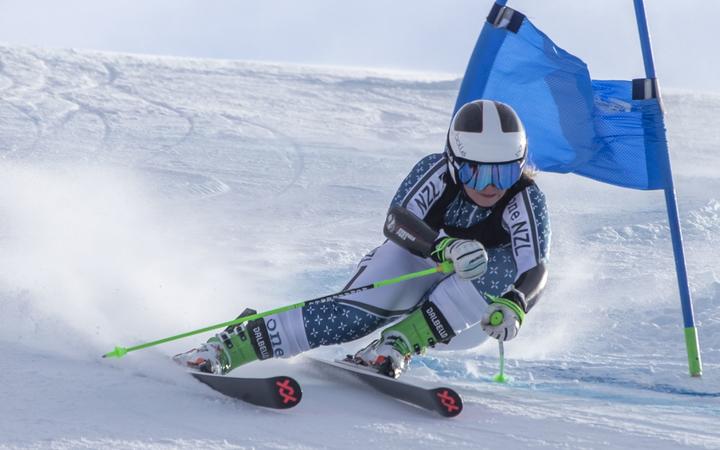 Just two days after winning the emerging talent award at the Halbergs, the 18-year-old has skied to Giant Slalom victory in Slovenia.

Fourth out of the start gate on run one, Robinson laid down a blistering run which put her in to second place just 0.24s behind Petra Vlhova (Slovakia).

With the start order reversed for the top 30 for run two, Robinson was second last to race.

"I was just thinking, you know what you're doing, trust yourself and give it everything you've got," she explained.

A blistering second run gave her the lead ahead of Slovenia's Meta Hrovat and Switzerland's Wendy Holdener who would finish their day in joint third place. Petra Vlhova was last to race but couldn't match Robinson's pace and finished in second place, 0.34s behind the young Kiwi.

"The second run was definitely on the limit. I just was pushing as much as I could and definitely had a couple of fumbles but I kept the speed going so I'm really happy."

Alice Robinson won the FIS Alpine World Cup Tour season opener in Soelden, Austria in October 2019 and has earned three top-10 finishes since then, including fifth in Sestriere, Italy in January.

She entered this weekend's event with a World Cup Tour ranking of fifth for Giant Slalom.