All Black first five Beauden Barrett is set to make his debut for the Blues in a month's time against the South African side the Lions in Auckland. 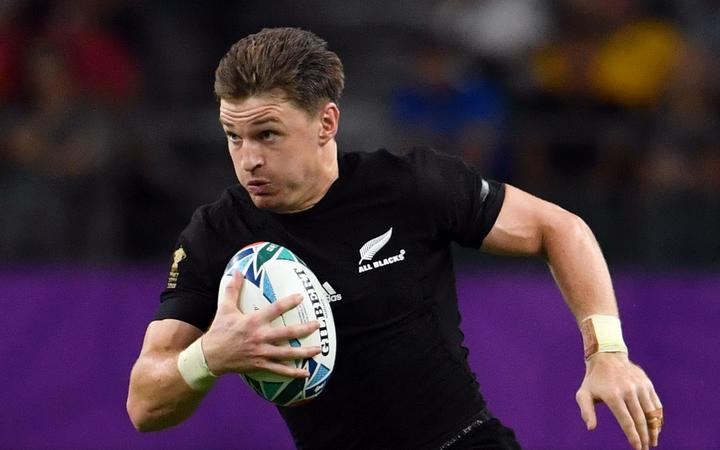 Barrett was at Blues training today to meet several of his new teamates after his shift from the Hurricanes.

He made a brief appearance at pre-season training but has been taking and extended break from the game in the wake of the World Cup.

"He's in today to have a look around and see how we are going. We can check on him and see how he's going so it's good to have him back around," said assistant coach Tom Coventry.

"He's down to play in round seven, something like that. We have got plans but he has got to get himself through a couple of club games and return to play protocols which we are pretty hard on. So as long as he can tick those boxes and he feels comfortable stepping back into Super Rugby and being the best he can be, then we will be fine," said Coventry.

Coventry doesn't believe the appearance of Barrett will be a distraction for Blues as they try to build on their win over the New South Wales Waratahs and prepare for their derby match against the Crusaders this weekend.

"I don't think there is any distraction....the guys that are playing in that role (first five) are doing a good job and we are making sure they are getting a fair crack in that role because things can change - Beauden might get injured in his first game back and we might have to use the guys that are here, so it's all about the team that are on the grass at the moment."

The veteran Blues hooker James Parson said there's an edge in the camp this week, building up towards the Crusaders game.

"The non-contact session turned into contact this morning so you always know that's a sure sign the boys are on and wanting to get the prep right so we give ourselves the best chance on Friday night."

Coventry knows if they're to topple the defending champions, they need to affect the Crusaders "mojo" and after the Crusaders loss to the Chiefs last round that may have taken a bit of a knock.

"They bring a certain physicality. The get a lot of their 'mojo' from the way their pack operates - I'm a bit of an old school coach - and it's about meeting that and being able to dominate those particular areas because there is no love lost there," said Coventry.