The Highlanders have been humbled by the Sharks 42-20 in Dunedin in their first Super Rugby match of 2020. 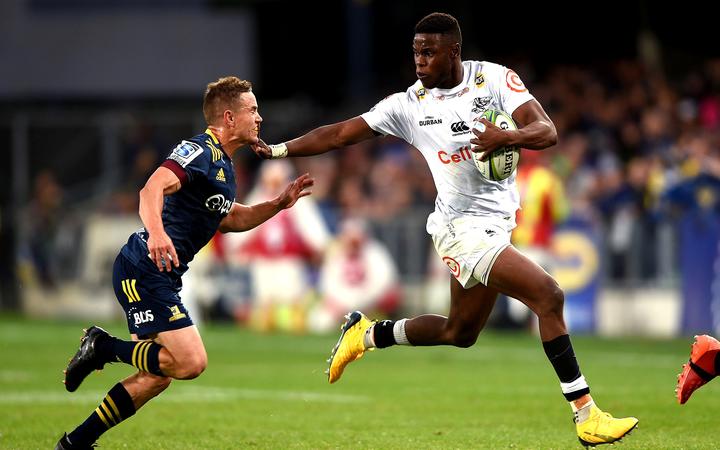 Aphelele Fassi of the Sharks fends off the opposition. Photo: Photosport

The South African side scored five tries to the Highlanders two.

The hosts opened the scoring with a penalty in the sixth minute of the match when first five Mitchell Hunt kicked a penalty.

However, it was all one way traffic from there.

Flanker James Venter was the first try scorer in the match (31st minute) before Springboks winger Makazole Mapimpi scored two tries in the space of four minutes before the half was up.

The Highlanders tried to keep themselves in the match by playing some expansive rugby out wide, but the first game rust showed as the hosts kept coughing up the ball.

The Highlanders were their own worst enemy at the breakdown, repeatedly penalised for holding on and coming in from the side as they struggled to hold off the Sharks forwards over the ball.

A try to Highlanders winger Jona Nareki in the 61st minute sparked a little life into the home side, but that was quickly snuffed out by Sharks fullback Aphelele Fassi who scored two tries of his own to end the match.

Elsewhere, the Brumbies had a 39-26 win over the Rebels - their first over their Australian rivals since 2017.