The upcoming Twenty20 World Cup in Australia has the potential to revolutionise the women's game as teams are making bigger totals than they have in past, according to India captain Harmanpreet Kaur. 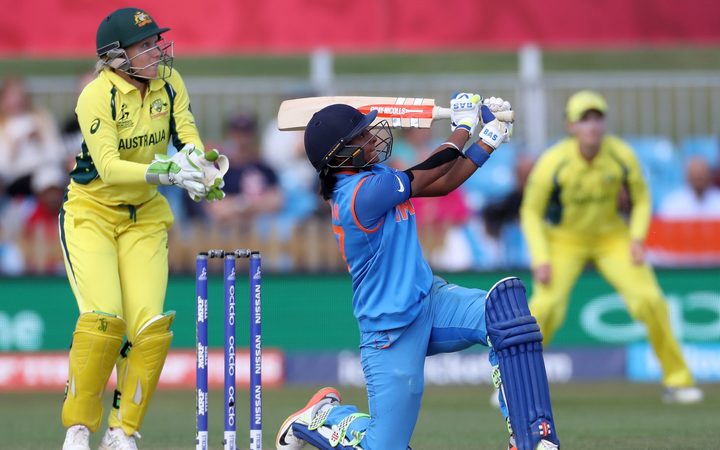 Harmanpreet Kaur hits a six during her century in the Women's World Cup semi-final between Australia and India. Photo: PHOTOSPORT

Kaur pointed to the transformation of her own team who are currently playing a tri-series in Australia also involving England to trace the overall growth of women's cricket.

"It wasn't so long ago that a par score in T20 cricket was 120 or 130," Kaur wrote in her column on the International Cricket Council (ICC) website.

"Now, that's not enough. Teams are looking much more confident and trying to get bigger scores on the board.

"It's that change in mindset that means performances are getting better across the board and the ICC Women's T20 World Cup 2020 has the potential to revolutionise the game..."

India will be banking heavily on Kaur, their batting mainstay, to reach the March 8 final but the 30-year-old said the onus will also be on their spinners to take them deep into the tournament.

"Our strength is spin. We're always looking to find a way to integrate spinners into our team and even now, we're assessing our plans and how we can exploit that strength."

Kaur believes India will be better prepared for the World Cup than many other teams by virtue of playing the ongoing tri-series. It will also help India to find the right combination for their World Cup campaign in Australia.

"One thing's for sure, we won't be afraid to give chances to newcomers," she said.

"We have to find out what our best team is and those games will give us a chance to decide that before the World Cup."

India will meet defending champions Australia in Sydney on 21 February in the first match of the 10-team tournament.

The ICC is hoping the 8 March final in Melbourne will set a new record for attendance at a women's sporting event.