The last time double Olympic rowing champion Mahe Drysdale competed at a pinnacle event in the single scull was his gold medal winning effort at the Rio Olympics in 2016. 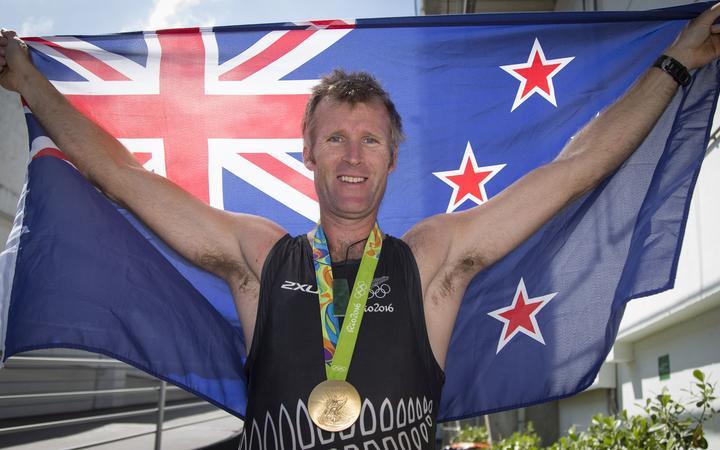 Despite that the 41-year-old is confident he can make up ground in time for the Tokyo Games this year after reclaiming the single sculls spot in the national squad.

Drysdale is all but assured of chasing a hat-trick of gold medals in Tokyo after being named in the team yesterday.

Robbie Manson took over the single sculls spot in 2017 after Drysdale took a year off following the Rio Olympics.

However, Manson has struggled on the international scene in recent times and has moved into the double.

Drysdale will contest two World Cup regattas in Italy and Switzerland in May.

"Obviously with Robbie going into the double that sort of opened a pathway so very happy that that's the way that it has evolved because I do feel like it gives me my best shot at performing to the best of my ability in Tokyo as long as I can obviously tick off these World Cups and perform like I know I can.

"I haven't had a pinnacle event in the single since 2016 so there's still a little bit of unknown as to where I can get to but everything right now points that I'm well on track and where I need to be."

Instead of holding a set trial event, the Rowing New Zealand selection panel have been tracking athletes over the summer season.

Dysdale said it meant he could put all his focus into the Olympics rather than having to also peak for a trial.

"It certainly is a much better way forward, rather than coming up to a sort of a big peak to win your selection and then you know having to go back down and build up again for Rio so I think it is going to give everyone an opportunity now to focus on being the best they can."

Had the previous selection policy been detrimental to both Drysdale and Manson?

"Yeah, it's never ideal. Everyone's a bit different but certainly in my case I always struggle to be going fast, especially earlier in the season, and then as I get closer and closer to that pinnacle event I just get faster and faster.

"This now gives me that opportunity to keep building a base, you want a big base so you can build a big triangle ...that point is hopefully going to be a lot higher now."

He said the new selection policy required a lot of trust in the selectors and not everyone would be in favour.

"When we were all sat down and told about it, it certainly opened up some questions. We won't know whether it works properly probably until Tokyo and that's hard because you're paying a lot of faith in the selectors to look at the right information and there is more of a judgement call from them.

"So there's certainly risks and in any decision, you will have people that back it and people that don't."

Winning back the singles seat is vindication for Drysdale's dogged determination to keep pursuing it, even when Manson had a tight vice around the seat for the past three seasons.

"I knew there was nothing to lose in going for the single. If I was in the single I still had options if it didn't work out. If you're in a single, you can always jump back into an eight. It's much easier to adjust to a big boat than it is to go from a big boat to a small boat. But I weighed up my options after the World Champs and decided that my best chance was going to be going in the single and so far that's working out."

He said he had to now prove that he was good enough to be competing on the world stage.

Drysdale failed to qualify for the men's single scull final at the North Island club champs last month, while Manson took out the title at Lake Karapiro.

However, Drysdale said he had a shoulder niggle which took him out of full training for two weeks.

Drysdale said it was hard to gauge how much more ground he needed to make up but he was in a good position for this time of the year.

"Things are going well now and I'm really confident of where I'm at. Because I've got a lot of data from over the years and I'm very much where I need to be in February ...compared to Rio, I'm right where I was if not better than I was then so that's pretty exciting.

"But I've still got to go and put that all together. I haven't been tested yet in the top end speed because I've very much been focused on that base."

He said knowing where he stood in the squad had brought him more time.

"When I got back in the single I had 10 months to put it all together and that's not a lot of time. Not having to come up for an early peak buys me another six or seven weeks to focus on that base work. By the World Cups I'd like to be showing some pretty good speed that I'm right up with the best in the world."