Latest - Another big win for the White Ferns in game two of their T20 cricket series against South Africa. 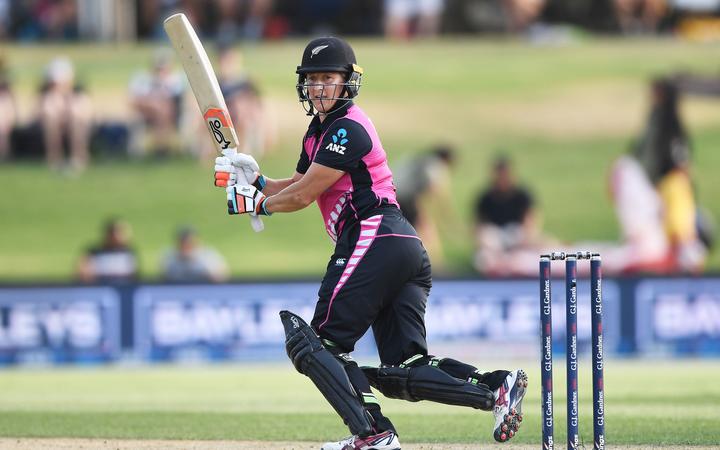 After a nine-wicket win in Mt Maunganui on Sunday, the New Zealand women have cruised to a five wicket win in Hamilton on Thursday afternoon.

Captain Sophie Devine again led from the front, hitting 61 off 43 balls as the White Ferns reached their target of 120 with nine balls to spare.

The five-match series comes ahead of the start of the T20 World Cup in Australia in two weeks time.

Scotland to host All Blacks

The All Blacks are returning to Murrayfield in 2020 with Scottish Rugby confirming that they will host the side at the end of the year.

Scotland will host the All Blacks, Argentina and Japan in three tests in November, Scottish Rugby confirmed.

The series begins with Argentina's visit to Murrayfield in Edinburgh on 7 November, Japan a week later and the clash against the All Blacks on 21 November.

Scotland lost to Japan at last year's World Cup, when the tournament hosts beat them for the first time in the pool stage decider to send the Brave Blossoms into the knockout stages at Scotland's expense.

"To host Argentina, Japan and New Zealand at BT Murrayfield following our games against England and France in the Six Nations provides fantastic challenges," coach Gregor Townsend said in a statement.

Scotland, who lost their Six Nations opener in Ireland last weekend, are preparing for a Calcutta Cup clash against England in Edinburgh on Saturday.

Blackjacks women down 2-0 in trans-Tasman series

The world number one ranked female bowler Jo Edwards recorded back-to-back victories but it hasn't been enough for the Blackjacks women to level the trans-Tasman test series. 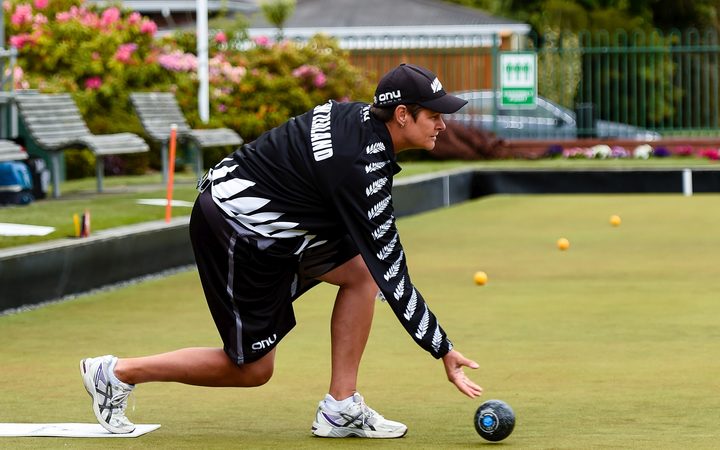 Edwards, who turned 50 yesterday, recorded a 20-10 win with Selina Smith in the pairs, before rounding out the day with a 21-13 singles victory over Kelsey Cottrell in the second test on the Gold Coast.

Katelyn Inch also skipped the four to a 14-11 victory in the final session but it was only enough to level the second test at three-all, with Australia prevailing on shot differential after commanding wins in the first round.

Australia now holds an unassailable two-nil lead in the three-match women's test series, while the men's is heading to a decider at Broadbeach Bowls Club today.

The hosts have won the final two matches to win the second test 4-2, after the first two sessions had been split.

The Blackjacks men, who won the first test 4-2, are endeavouring to lift the Trans Tasman trophy for the first time since 2009.

Parker, the former WBO heavyweight champion, was forced out of an October clash with Brit Derek Chisora after a spider bite led to an illness.

Winters is ranked No 14 with the WBA and looking to extend his KO run having taken the unbeaten record of Canadian-Ukrainian Oleksandr Teslenko before a fifth-round victory over Poland's Sergeij Werwejko in November.

Winters, who has KO'd 12 of his 13 wins, will be looking to continue his winning streak and scupper Parker's plans to become a two-time world champion.

Mick, 20 and a Ferrari Academy driver, will be starting his second season in Formula Two with the Prema team.

Brothers Michael and Ralf rank among the most successful German Formula One drivers, with the former winning a record seven world championships and 91 races while Ralf won six grand prix with Williams.

David, 18, will compete for the Czech-based Charouz team along with Brazilian Igor Fraga, who has combined an esports career with traditional racing, and young Finn Niko Kari.

A Swedish court has granted an appeal by a fan of English Premier League side Newcastle United to add the club to his name following a dispute with the country's authorities over his love for the team.

Rolf Corneliusson, a 54-year-old supporter from the island of Oeckeroe near Gothenburg, became a fan of the club as a child when his fisherman father brought home Newcastle's black and white kit from one of his many trips to England.

His father then took him across the North Sea on his boat to see the Magpies draw 2-2 with Leeds United at St James's Park, and the young boy became a die-hard fan.

Since then Corneliusson has seen Newcastle play more than 100 times, but his application to have "Newcastle" in his name was rejected by the tax authorities and the national registration office.

Corneliusson decided to take the matter to the court of appeal in Gothenburg and this week was granted permission by the court to change his name to Rolf Lennart Newcastle Corneliusson.

"I didn't think it was going to go through, but if anyone should be named after a football club, it's me," he told local newspaper GT.

Shanghai sports authorities have recommended the suspension of all sporting events in the city due to the coronavirus outbreak, casting further doubt on whether the Chinese Formula One Grand Prix will take place.

The fourth grand prix of the season is scheduled for 19 April in Shanghai.

China said another 65 people had died as of Tuesday, the highest daily total yet, taking the overall toll on the mainland to 490.

The outbreak has affected numerous international sports events in China. Among them was the world indoor athletics championships scheduled to be held in Nanjing on March, which have been postponed until next year.

The all-electric Formula E motor racing series has abandoned plans for a race in Sanya next month.

Basketball, badminton and boxing qualifying tournaments for this year's Tokyo Olympics have also been postponed, rescheduled or moved, while an LPGA Tour golf tournament has been moved to next year.