Sofia Kenin will be making her debut in a Grand Slam final when she faces Garbine Muguruza for the Australian open title but what she lacks in experience the American more than makes up for in courage and confidence. 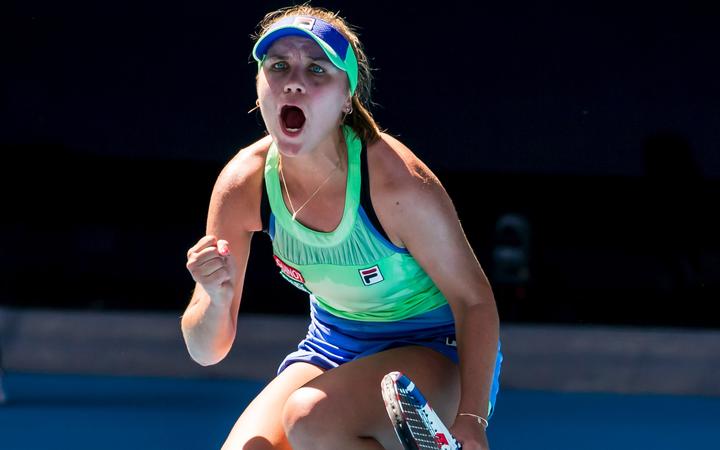 Muguruza has been in three previous Grand Slam finals, winning two of them at Roland Garros (2016) and Wimbledon (2017), while the 21-year-old American had been beyond the third round only once - beating Serena Williams at last year's French Open before losing to Ash Barty in the next round.

But Kenin has shown at Melbourne Park she has the game to beat the biggest names, building on a stellar 2019 when she won all three of her singles titles to reach a career-high world ranking of 12.

"No matter who I'm playing, where I'm playing, I'm going to fight for it. It doesn't matter," she said. "Of course, I have a lot of respect for my opponents when I'm playing.

Barty learned the hard way about Kenin's fighting spirit in their semi-final.

The world No.1 was on the front foot for most of their match but Kenin dug her heels in and fought back to defeat the Australian in front of her home fans.

Spaniard Muguruza lost her only prior meeting with Moscow-born Kenin, in Beijing last year, and knows the American will be no pushover.

"I think she's playing great. I think since a while she's just progressing up in the rankings and in the results," said Muguruza. "So I think she deserves to be in the final with the tennis she has been showing."

While 14th seed Kenin has been the form player coming into Melbourne, Muguruza was unseeded as a result of a largely dismal 2019 season.

The Spaniard, who reached the top of the WTA rankings in 2017, also suffered from a viral illness before the start of the Australian Open and had to withdraw from the quarter-finals of the Hobart warmup.

But she recovered to take her place at Melbourne Park and has gone from strength to strength, downing world No.3 Simona Halep in a scorching semi-final.

Kenin said she would be out to land the first blow.

"Of course, I want to do the first punches. I don't want to be in defence against her. She can really put the ball away. She's really aggressive," said the American.

"So I feel like it's going to be who's controlling the points more, who is dictating. Hopefully I can use what I did in Beijing to help me."