A second consecutive T20 match between the Black Caps and India has been decided in a Super Over. 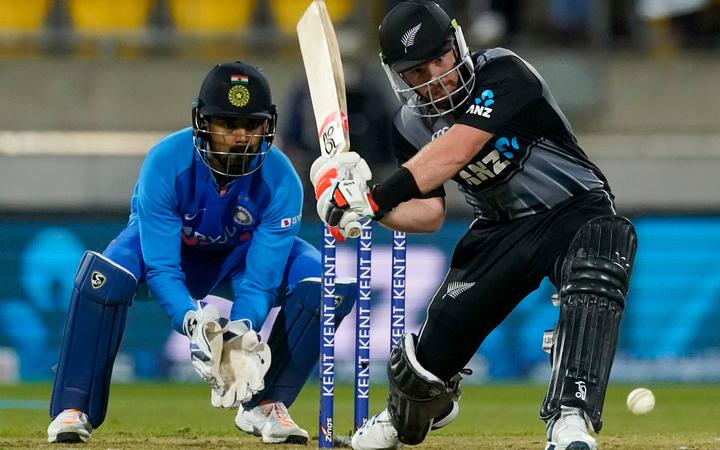 India needed only five balls to chase down the total of 14 runs New Zealand set the visitors in the Super Over in the fourth cricket T20 in Wellington.

Despite the loss of early wickets, India set a platform for a big total.

Manish Pandey led India's scoring with 50 runs, while the Black Caps spinners Ish Sodhi and Mitchell Santner were the most economical for the home side, taking four wickets between them.

Half centuries for Colin Munro and Tim Seifert helped New Zealand get within reach of their first win of the series, but a calamatious final over - in which India took four wickets - saw the Black Caps stumble and they could only draw level with India's total before losing yet another Super Over.

New Zealand were without captain Kane Williamson who sat out the game due to a shoulder injury.

The final game of the series is on Sunday at Mount Maunganui and New Zealand.