Novak Djokovic once again beat great rival Roger Federer at a Grand Slam, while Australian fans will continue their wait for a homegrown winner of the Australian Open. 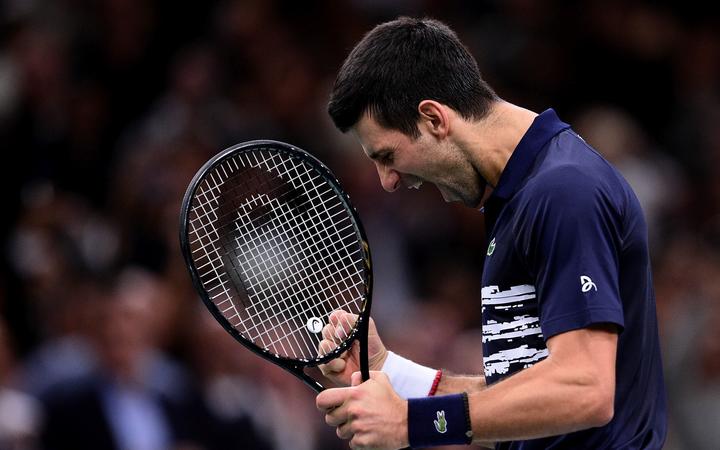 Djokovic beat Federer 7-6(1) 6-4 6-3 to reach the final and remain on course for a record-extending eighth title at Melbourne Park.

It was the 50th act of one of the greatest rivalries of the sport and the odds were heavily stacked against Federer as the Swiss had not beaten the Serb at a major since their 2012 meeting on the grass courts of Wimbledon.

Federer, who suffered a groin problem in the quarterfinal against Tennys Sandgren, wasn't at his best in the semifinal.

"Respect to Roger for coming out tonight, he was obviously hurt and wasn't at his best or even close to his best in terms of his movement."

In Sunday's final, Djokovic will meet the winner of the Friday's second semi-final between Alexander Zverev of Germany and Austrian Dominic Thiem, who beat world number one Rafael Nadal in the quarterfinals.

Ash Barty's dream of ending her nation's 42-year wait for a homegrown Australian Open champion lay in tatters after the world number one crumbled on the big points in a straight-sets semi-final defeat to Sofia Kenin.

The 23-year-old Queenslander beat a hasty retreat from Rod Laver Arena after losing her first Melbourne semifinal 7-6(6) 7-5, shaking her head ruefully as she walked down the player's tunnel.

As French Open champion and world number one, home fans had inevitably hoped for more from Barty but she made no apologies.

Barty gave credit where credit was due, praising the performance of the 14th seeded American, and acknowledged she had not played the big points well.

But the occasion had not got to her, she said.

"Not at all. I've been in a Grand Slam semifinal before. Yes, it's different at home," she said.

Kenin will play Garbine Muguruza in the final after the unseeded Spaniard fought off Simona Halep 7-6(8) 7-5 in a battle of attrition to reach her first Australian Open final.

The Spaniard, who scaled Mount Kilimanjaro in the offseason, had the endurance to match Halep and ended up avenging her semifinal loss to the Romanian at the 2018 French Open.

The 26-year-old Muguruza would not have been on many lists of pre-tournament contenders but the class and fighting spirit that saw her hoist the 2016 French Open and 2017 Wimbledon trophies has come flooding back in Australia.

"You start day by day, that's what I was doing," said Muguruza, who reunited with former coach Conchita Martinez in the offseason.

"Very excited to be in the final, it's a long way to go. I have one more match on Saturday."