World number one Rafa Nadal held off a spirited challenge from local favourite Nick Kyrgios to win in four tight sets and advance to the Australian Open quarter-finals. 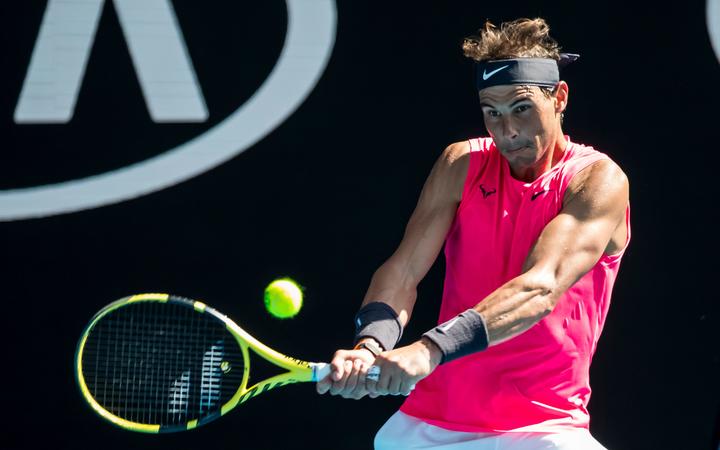 The Spaniard withstood 25 aces from Kyrgios.

Nadal, bidding for a record-equalling 20th major title, dropped his first set of the tournament but came through 6-3 3-6 7-6(6) 7-6(4) and set up an encounter with fifth seed Dominic Thiem.

Nadal, the 2009 Australian Open champion, has progressed to the quarter-finals at a Grand Slam for the 41st time, equalling American great Jimmy Connors in third place on the all-time list.

Austrian Thiem continued his dominance over Gael Monfils, outclassing the 10th-seeded Frenchman 6-2 6-4 6-4 to improve his head-to-head record to 6-0.

Three-time Grand Slam champion Stan Wawrinka produced some of his best tennis in recent years to battle past fourth seed Daniil Medvedev 6-2 2-6 4-6 7-6(2) 6-2 in a seesaw encounter.

Wawrinka, the 2014 champion, scored his first victory over the Russian fourth seed in their third career meeting.

Wawrinka will next face seventh seed Alexander Zverev, who reached his first quarter-final in Melbourne with a 6-4 6-4 6-4 win over Russian youngster Andrey Rublev.

Unseeded Spaniard Garbine Muguruza continued her charge towards a third Grand Slam title and first since Wimbledon 2017, has now won back-to-back matches against top-10 opposition for the first time in three years.

Russia's Anastasia Pavlyuchenkova fought back from a set down against former champion Angelique Kerber and finished with an incredible tally of 71 winners in a 6-7(5) 7-6(4) 6-2 victory.

Pavlyuchenkova is into the quarter-finals in Melbourne for the third time in four years.