Men's seeds Novak Djokovic and Roger Federer and women's number one Ash Barty have moved through to the quarter-finals of the Australian Open. 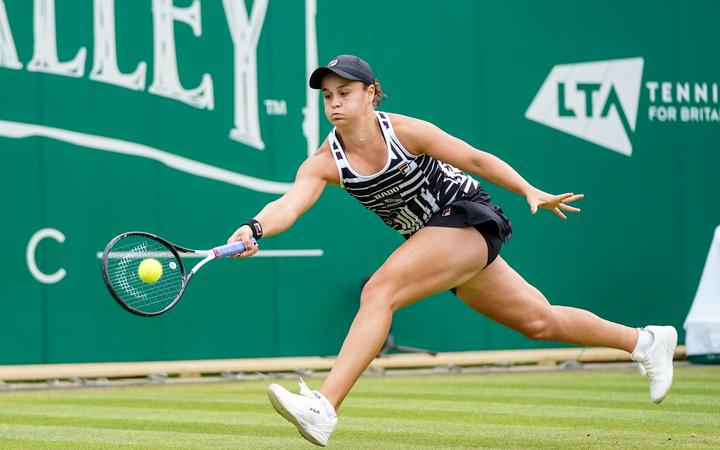 Djokovic continued his imperious progress through the men's draw, negotiating a potentially tricky encounter with Diego Schwartzman 6-3 6-4 6-4 to reach the last eight at Melbourne Park for the 11th time.

The seven-times champion only added to a strong feeling around the tournament that the Serbian is again the man to beat at the year's first Grand Slam as he ousted the Argentine in just over two hours at Rod Laver Arena.

The six-time Australian Open winner, who was two points from defeat against John Millman in his previous round, looked rusty in the opening set against Fucsovics in a repeat of their fourth-round clash here in 2018.

The Swiss will next face American Tennys Sandgren for the first time in his career.

"I love Petra but let's hope she doesn't break my heart on Tuesday," said Barty of her next opponent Petra Kvitova, who beat the Australian at the same stage last year.

Crowd favourite Coco Gauff's giant-killing run came to an end as the American teen bowed out in the fourth round after a 6-7(5) 6-3 6-0 defeat to compatriot Sofia Kenin.

Unseeded American Tennys Sandgren beat 12th-seeded Italian Fabio Fognini 7-6(5) 7-5 6-7(2) 6-4 to book his place in the quarter-finals, a feat he last managed two years ago on his debut at Melbourne Park for his best Grand Slam performance.

Canadian Milos Raonic sent down 35 aces as he blasted past Marin Cilic 6-4 6-3 7-5 in a meeting of two players who both reached a career-high ranking of number three but have since dropped out of the top 30.