Latest - South Africa have taken an unassailble two nil lead in the three match one day cricket series against the New Zealand women's side in Auckland. 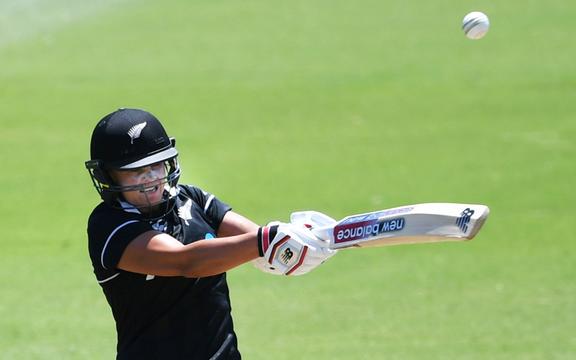 South had little trouble chasing down the target in 24 overs.

Pace bowler Marizanne Kapp was the most successful of the South African bowlers, taking four wickets.

Game three is in Hamilton on Thursday.

New Zealand driver Scott Dixon and his Cadillac team has won the Daytona 24 race in Florida. 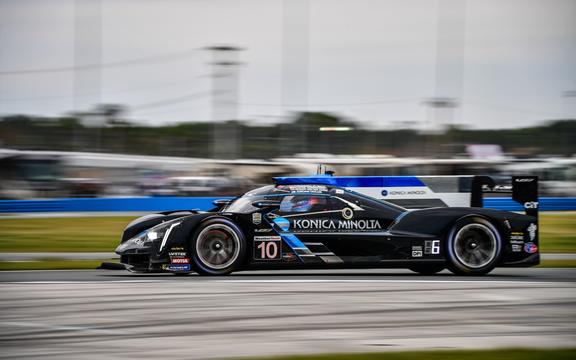 Former F1 driver Kamui Kobayashi was at the wheel as the Wayne Taylor Racing car defended its title.

They finished a minute ahead of pole-sitter Oliver Jarvis in a Mazda.

The winning entry completed 833 laps, smashing the previous lap record of 808 set in 2018.

It is the third time Dixon, a five-time Indycar champion, has won at Daytona.

Fellow New Zealand Earl Bamber in a Porsche was second in his class and 14th overall, while Shane van Gisbergen was 31st overall in a Lexus.

Premier League leaders Liverpool were given a huge scare by third-tier Shrewsbury Town as they squandered a two-goal lead to draw 2-2 away in a pulsating FA Cup fourth round tie.

A much-changed Liverpool appeared to be cruising into the fifth round for the first time since Juergen Klopp took over in 2015, but Shrewsbury substitute Jason Cummins had the compact New Meadow stadium rocking with a memorable brace.

The seven-time Cup winners will now host the replay at Anfield.

Mountain Bike stars Anton Cooper and Sam Blenkinsop made it a double-double with both winning their respective Oceania and New Zealand championship titles in Dunedin. 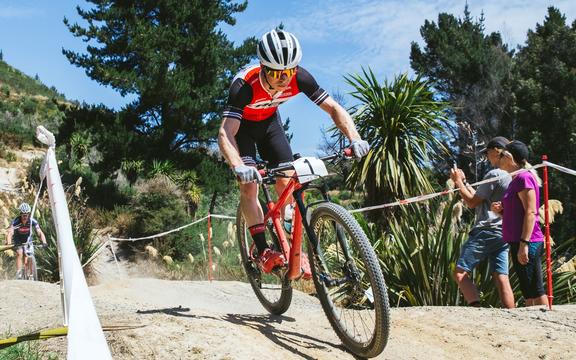 Cooper won the cross-country honours in the Oceania Championships on Friday, his fifth in a row, and added the New Zealand title for the sixth time as an elite.

It means Cooper will again wear the national jersey when he competes on the world circuit this year.

Tauranga's Shania Rawson, back after injury last year, won her second New Zealand elite title in the downhill, after finishing runner-up in the Oceania Championships.

Captain Joe Root top scored as England took a huge 465-run lead over South Africa on the third day of the fourth cricket test and were bowled out for 248 just before stumps in their second innings at The Wanderers.

The score left them with two days to dismiss their hosts, who will have to chase an improbable fourth-innings target if they are to win the test and level the series at 2-2.

Fourteen wickets fell on a busy Sunday that saw South Africa dismissed for 183 at lunch, 217 runs behind England's first-innings score of 400.

Root did not enforce the follow on but instead rammed home his team's advantage as England batted briskly in their second innings before the captain was the last man out.

Openers Zak Crawley and Sibley put on a 56-run opening-wicket partnership in a positive second-innings start before Crawley was out for 24.

Next month's Fed Cup Asia/Oceania Group I event has been moved out of China over concerns at the ongoing coronavirus outbreak which has so far killed 56 people in the country.

A statement from the International Tennis Federation said the group event from 4-8 February featuring China, Taiwan, India, Indonesia, South Korea and Uzbekistan has been switched to Kazakhstan.

Two of the nations will progress to the Fed Cup play-offs in April.

Earlier this week the International Olympic Committee cancelled Olympic boxing qualifiers due to take place in Wuhan, China next month.

Canterbury has drawn level on points with Auckland at the top of the Ford Trophy one day cricket table after a four run win over their hosts in Auckland.

Needing a boundary off the final ball to tie or a six to win, Auckland batsman Ben Horne was instead bowled on 101.

Otago are up to third in the standings after a 125 run win over Central Districts in Dunedin.

Thierry Neuville won the season-opening Monte Carlo Rally for Hyundai and ended Sebastien Ogier's bid for a record eighth victory and seventh in a row in the principality.

It was Neuville's first win in Monte Carlo, with the Belgian runner-up last year when Ogier won for Citroen.

Estonia's world champion Ott Tanak, who switched from Toyota to Hyundai at the end of last season, crashed out of the rally on Friday.

The New Zealand cyclist George Bennett finished eighth overall in the Tour Down Under in South Australia.

The tour was won by Australian Richie Porte.

Porte finished second on the sixth and final stage to clinch the title from Italian Diego Ulissi.