World number one Rafa Nadal produced a clinical display to beat Bolivia's Hugo Dellien 6-2 6-3 6-0 in the opening round of the Australian Open. 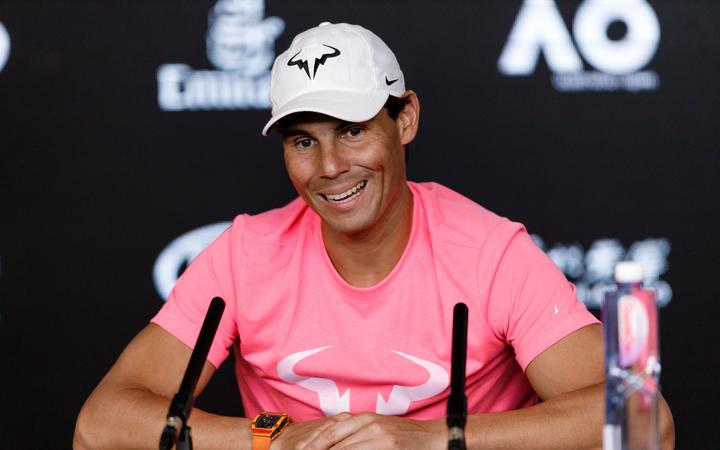 Top seed Nadal, bidding for a 20th Grand Slam title to match Roger Federer's record haul, dropped his serve twice but was barely troubled as he finished with 38 winners in a match lasting just over two hours.

After claiming his first win of the season, Zverev said that if he were to win his maiden Grand Slam title at Melbourne Park he would donate his A$4.12 million ($2.8 million) prize money to Australian bushfire relief efforts.

Former champion Maria Sharapova said she was unsure if she would be back at the Australian Open next year after the wild card suffered a third successive first-round exit at a Grand Slam.

"I don't know. I was fortunate to get myself to be here... it's tough for me to tell what's going to happen in 12 months' time," the five-times Grand Slam champion, who has been hampered by a shoulder injury, she said.

American John McEnroe, a seven-time Grand Slam champion, has announced a pledge of $1,500 for each set Nick Kyrgios wins for the remainder of the tournament.

Home favourite Kyrgios is already set to donate $200 for every ace he hits during the Australian tennis summer.

"I know a lot of people share the same view, but I just want to tell you personally that I'm proud of you," McEnroe told Kyrgios in a post-match interaction after congratulating him for his opening round victory.

"From this point forward, I want to donate $1000 to the bushfire relief fund for every set you win the rest of this tournament."

Home favourite Nick Kyrgios fired 14 aces and racked up 37 winners in an impressive win over Sonego.