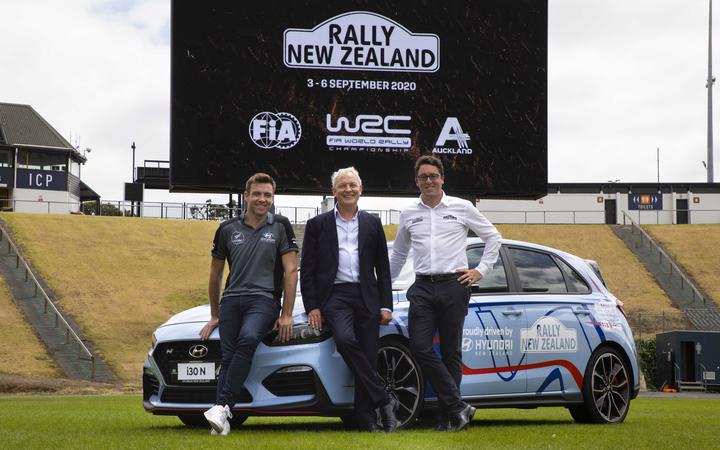 Today organisers announced the stadium in Penrose will host a special race course when Rally New Zealand returns as part of the World Rally Championship in Auckland in September.

On a purpose built concrete course inside the stadium, rally drivers will race against the clock on a short spectator-friendly Super Special Stage of the WRC.

The stadium will also be the location of the service park.

Rally New Zealand 2020 chief executive Michael Goldstein said the stadium offered a venue for fans to get close to the action.

"It's really exciting for us to be able to bring rallying to the people and having an event here makes it really accessible to all kinds of fans, sports fans, general motorsport fans, and people who live in Auckland in the suburbs can come and actually experience this event first hand without needing to go out on to the roads."

The entire route for the rally is yet to be confirmed, but Goldstein said some iconic rally roads would feature.

"We're obviously looking at some famous rally roads down into the Waikato and north of Auckland, so you'll see those announcements come over the next few weeks."

Champion rally driver New Zealander Hayden Paddon is an ambassador for the event, but the 32-year-old said competing at his home event is something he wants to make happen.

Paddon's last two attempts to compete in the WRC have been stopped before he made the startline but he hopes to change that this year.

"We'd really like to try and be in a top line car because we'd have a little bit of an advantage, we do know the roads and all the current generation of drivers have never done this rally, they don't know the roads so I'd give us a good leg up and that's why it would be a missed opportunity if we couldn't be there, but there is a bit of work to be done to try and make that come to fruition," Paddon said.

"The most vivid memory of Rally New Zealand of old - away from the competing of course - as a young kid watching it seeing the world's best teams and cars and drivers on our home turf was always an amazing feeling.

"I just always remember that one night, it was a Thursday night in Manukau in the pouring rain [Possum Bourne] pulled a blinder and the crowd went nuts, if we that had opportunity to do that in front of our home crowd, that'd be a dream come true for me."

Paddon's father Chris' love of rally rubbed off on his son and Paddon believed having the WRC back on New Zealand shores for the first time in eight years in a spectator-friendly location would inspire another generation of drivers.

"When you're a kid and you see these cars and these drivers do what they do on the roads, you do watch in awe, and if kids can come along and watch that it's going to help the sport in New Zealand, the sports going to grow more and more people want to get involved.

"To be honest I wouldn't be where I am today without Rally New Zealand, I was brought into by my father, but before my father there was no one involved in the sport and he got hooked on the sport when he came to Rally New Zealand in the 80s and saw the group B cars, he got absolutely hooked, he went home started driving himself and if he didn't do that then I would never have gone rallying, so it is amazing the impact a world class event can have on people's futures."

Loeb who races for Hyundai could contest the 2020 event alongside a combined field of WRC competitors and New Zealand Rally Championship drivers that is expected to number around 100 entries.

The four-day event will run from 3 to 6 September and has the backing of Auckland Tourism, Events and Economic Development (ATEED).