The Silver Ferns have been impressive in beating England 64-48 with all 11 players taking the court at the Nations Cup in Birmingham. 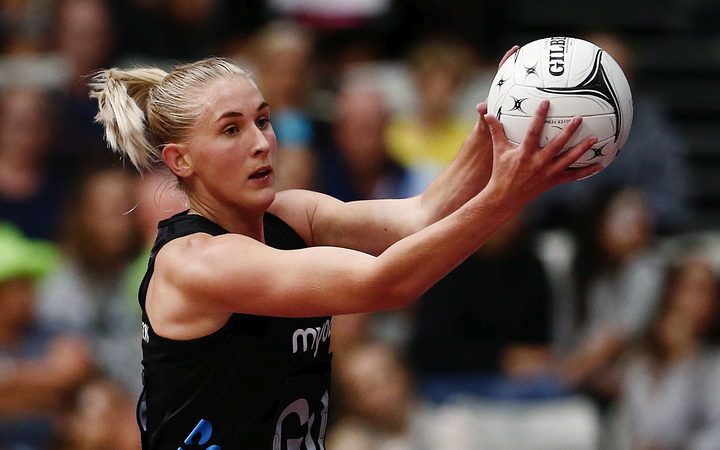 That's despite New Zealand suffering a massive blow with defender Michaela Sokolich-Beatson ruled out of series after rupturing her Achilles tendon during training.

In what looked like pre-ordained changes Te Paea Selby-Rickit was brought on at goal shoot for Maia Wilson and Whitney Souness at WA for the second quarter.

The Ferns held on to a three goal lead at the main break.

Wilson returned to the court for the third quarter, while Bailey Mes came on for new captain Ameliaranne Ekenasio at goal attack.

New Zealand are missing Casey Kopua, Maria Folau after their retirements, while stalwarts Laura Langman and Katrina Rore are having rests.

But England too are a very different side to the one at the World Cup, with stars Geva Mentor, Serena Guthrie, Helen Housby, and Jo Harten all taking a break.

Sokolich-Beatson suffered the injury during a training match in Nottingham, and is now travelling home to New Zealand to begin her recovery.

No replacement player will be brought in as cover for the series.

"With the advice of our medical staff it is important that we get Michaela home as soon as possible. Our team are all hugely disappointed for Michaela, as well as her ANZ Premiership side the Northern Mystics," Silver Ferns coach Dame Noeline Taurua said.

It's a cruel blow for Sokolich-Beatson, who flew over to England last year as injury cover for Katrina Rore, but wasn't needed for the Netball World Cup.

The exciting defender didn't get any court time during the Constellation Cup series in October, with the Silver Ferns chasing an elusive Cup title.

The injury is likely to rule her out of the Northern Mystics domestic season.

The Silver Ferns next meet Jamaica on Thursday morning.