ASB Bank says it is disappointed by Sky TV's repeated use of an image of a woman tennis player showing her underwear as promotion for last week's ASB Classic. 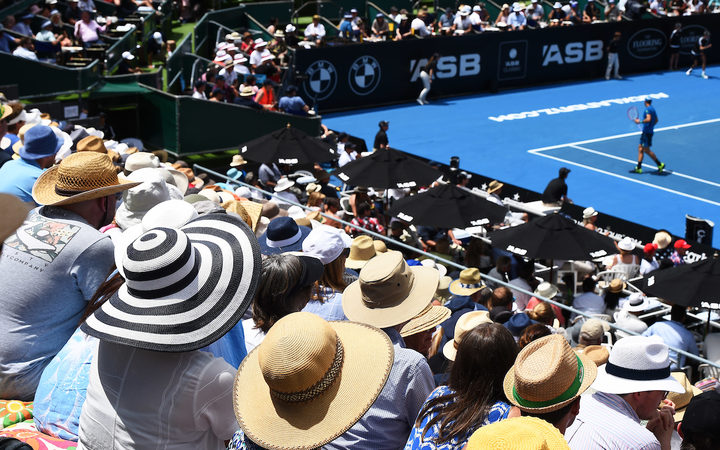 Tennis fans on a scorching Auckland afternoon at the ASB Classic Photo: Photosport

Several fans complained on ASB 's Facebook page about the repeated use of the photo of a female player's skirt billowing up as she hit a shot.

"What a pity you let Sky Sport use this photo repeatedly for advertising Women's Tennis...must have broadcast it 100 times a day......This is the best tennis photo they could use?" one person wrote.

"I'm not a prude and neither are all my friends on [Facebook] who agree with me that it is pretty bad when a bank uses a women's crotch to advertise a sport. For those who don't have Sky here is the repeated tennis shot ... Shame on you both."

ASB, who are sponsors of the tournament, replied to the post and said they were disappointed with Sky's choice of images and had raised it with the broadcaster.

"We raised this with them last week but you may also wish to contact them or the Advertising Standards Authority directly with your concerns. As it is now the men's week of the ASB Classic, you won't be seeing this particular image again," they wrote.

A spokesperson for Sky said they were sorry the image had offended some people and they had taken the feedback on board.