Former world discus champion Beatrice Faumuinā has been appointed to the board of Sport New Zealand. 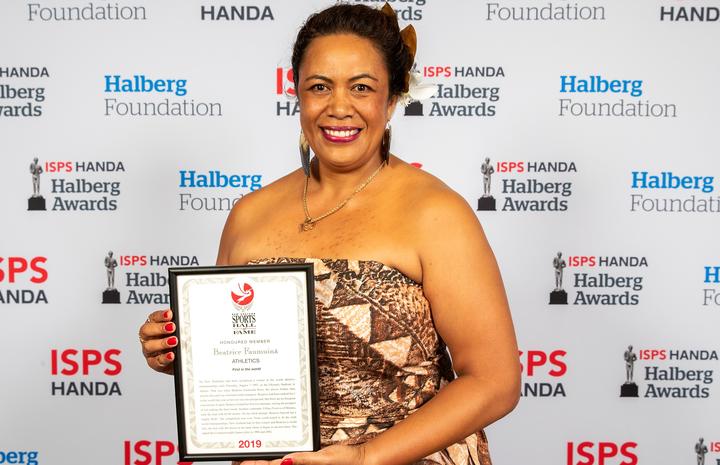 From 2015-2018, she was Consul General for the Ministry of Foreign Affairs and Trade in New York.

Faumuinā's appointment to the Sport New Zealand board moves its gender parity to a 5-4 majority of female directors.

"Beatrice is a champion athlete and a proven leader. She has worked extensively within her communities and understands the importance of health and wellbeing, and what it takes to help young people reach their potential," said Sport NZ Chair Bill Moran.

"I'm passionate about Sport NZ's powerful new vision to get 'Every Body Active'. We're talking about a mass movement to improve the wellbeing of young people in all of our country's diverse communities, and I'm excited to be part of this journey."