New Zealand cyclist Aaron Gate doesn't think he's in the form that will allow him to retain his New Zealand Cycle Classic crown in Wairarapa this week. 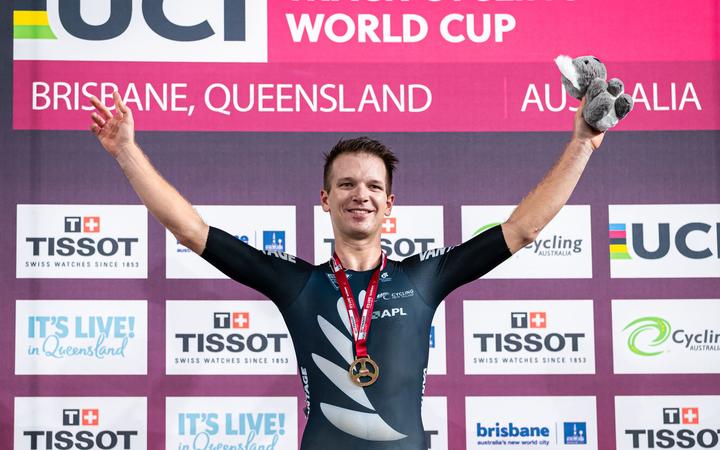 Gate won the tour last year when it was held around Cambridge.

In recent months Gate has concentrated his efforts on the track in a bid to get to this year's Tokyo Olympics.

He won the madison and omnium at World Cup Track meetings in December.

This week he's riding for the Black Spoke team in the New Zealand Classic alongside fellow representatives James Oram and Hayden McCormick.

Gate says the track and road disciplines work well together.

"They complement each other so it works out well for me because it gives me a sort of faster finish on the road from doing the shorter sharper efforts on the track, then the longer events on the road help complement the track to help deal with the sort of more strenuous training loads and stuff so yeh it all seems to work out alright."

Gate admits he'd almost forgotten he was the defending champion and doesn't feel he's in the form that will make him a contender for this week's New Zealand Cycle Classic in the Wairarapa.

The 29 year old will wear the number one on his bike, however he feels other riders in his Black Spokes team have the credentials to go for the title.

"We'll be gunning for an overall win for sure that'll be our goal and if we can take a couple of stage wins along the way that would be great, but I think where I'm at at the moment I think it's probably a bit out of my reach to be going for the overall win but if I can target a particular stage and sprint to a win or something then that would definitely be successful in my eye."

Gate feels New Zealand cyclists have a tough assignment to win the Classic from a quality field.

More than a hundred riders in 18 teams are taking part.

The first stage of the five day New Zealand Classic tour is Wednesday.