Roger Federer has declared himself ready to kick off the new season at next week's Australian Open despite having played no competitive matches since November. 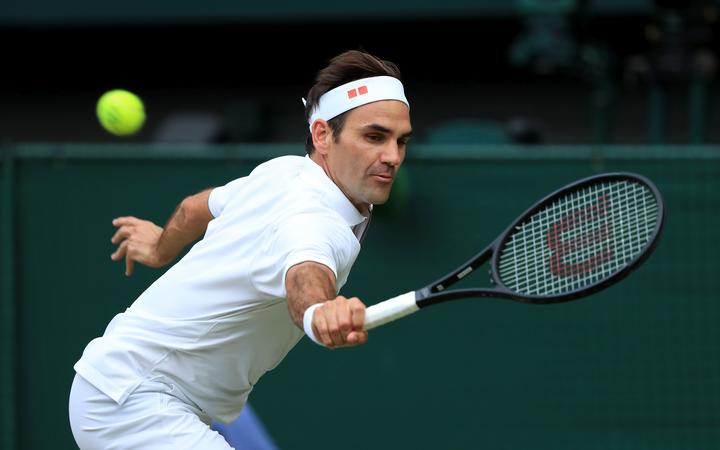 The 20-times Grand Slam winner was scheduled to warmup for the year's first major at the inaugural ATP Cup in Australia but withdrew to spend more time with his family.

In contrast, his rivals Novak Djokovic and Rafa Nadal were part of some closely-fought matches at the team event, which was played in Brisbane, Perth and Sydney.

Federer, 38, said he was happy with his preparation at home.

"I've trained long and hard in the off-season and I didn't have any setbacks, which is crucial," Federer said at a promotional event in Melbourne.

"Last week I was asking myself 'am I happy to go to Australia, or I should rather just stay here and stopping pack immediately? Because I can.

"I could easily just stay home and I was like, 'no, no, I'm really happy to go to Melbourne and kick off the season there'.

"I have kept myself in good shape, obviously I had an amazing team around me."

A six-time winner at Melbourne Park, Federer won the Australian Open title in 2017 and 2018 but lost to Greek Stefanos Tsitsipas in the fourth round last year.

Djokovic went on to win a record seventh Australian Open title in 2019 and looks in perfect shape to add another after his ninth consecutive hard-court win over world number one Nadal on Sunday as Serbia were crowned champions at the ATP Cup.

Nadal has also shown no sign of trouble with his game or his fitness and the contenders at the Australian Open could again be the Big Three, who have shared the last 12 Grand Slam titles.

"I'm aware that at 38 I shouldn't be the favourite, it should be someone probably in their 20s, but the three of us have been able to stay as the favourites which is great for us," Federer said.

"Both guys are already showing great signs. I was watching a little bit of their ATP Cup match and thought that was a great match. Both guys, injury free, are always tough to beat."

Federer also offered Australian Ash Barty some advice as she prepares to play her home Grand Slam as women's world number one.

"What a year she's had; it was a pleasure watching her play," Federer said. "She can have a different mindset.

"It can relax you and you can really explore all of your potential and that's what happened to me when I won my first major, and I broke through as world number one after that.

"I thought, 'well now I'm the guy to beat and I prefer to be in this position rather than being a contender'. I hope that Ash is also going to see it that way."