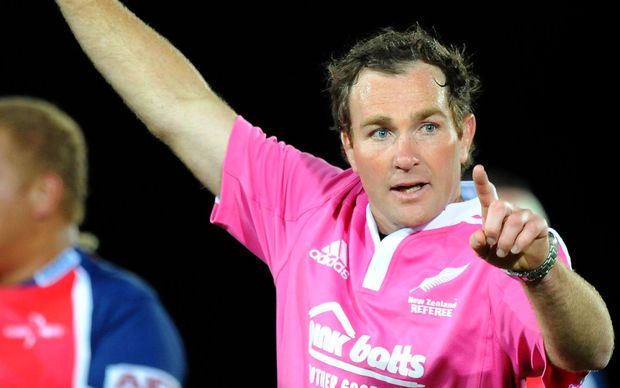 The former New Zealand Maori and Chiefs first-five has announced he will be retiring from professional refereeing after an on-field career that has spanned 25 years.

Jackson is the first Kiwi to both play and referee 100 first class fixtures and a five-time New Zealand referee of the year.

After representing his home province Bay of Plenty and the Chiefs, Jackson headed for England, where he made 159 appearances for Saracens.

After retiring from playing rugby in 2010 he returned to New Zealand where he continued his transition into refereeing.

Grayson gets underway with win

New Zealand squash player Campbell Grayson has made a good start at the Tournament of Champions in New York.

The country's No 2 ranked men's player has overcome Spain's Edmon Lopez to reach the second round of the PSA Platinum event beingheld at the city's well-known Grand Central Terminal. 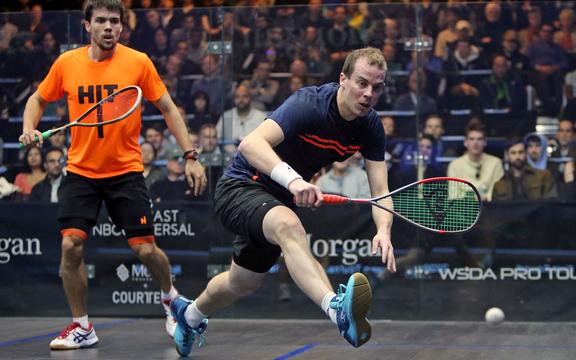 In what was the first meeting between the two players on the World Tour, it was higher-ranked Grayson, at No 28, who maintained his focus to claim a 11-2 11-6 11-2 victory in 26 minutes.

Grayson now faces world No 6, Simon Rosner of German in the second round on Sunday.

The world No 5, who recently reached the final of the world championships, Greymouth's Paul Coll was set to face Mohamed Al Tamimi, of Qatar, in the second round on Saturday.

New Zealand's top female player, Joelle King has to wait until Sunday before she starts her tournament.

England wicketkeeper Jos Buttler has been fined 15 percent of his match fee and handed one demerit point after a foul-mouthed verbal volley aimed at South Africa batsman Vernon Philander during the second test at Newlands.

Buttler was heard swearing at Philander through the stump microphone on day five as the South African batted to save the test for the home side, who succumbed to a 189-run defeat to leave the four-match series level at 1-1. 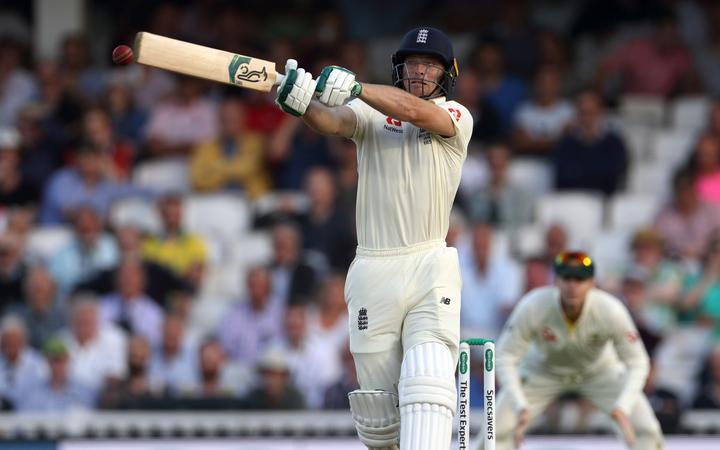 Buttler was found guilty of a breach of the International Cricket Council's Code of Conduct for players, specifically the "use of an audible obscenity during an international cricket match".

He accepted the sanction, which means there will be no need for a formal hearing. He could have been fined up to 50% of his match fee and received two demerit points.

The third test will start in Port Elizabeth on Jan. 16.

Canterbury bowler Will Williams took five late wickets including a dramatic hat-trick to snatch a memorable three-run victory over Wellington in their T20 Super Smash clash at the Basin Reserve.

The Firebirds were well in control in their chase of 149 courtesy of another half-century to the in-form Devon Conway (51 off 39) and a handy contribution from Fraser Colson (37 off 29).

When Williams entered the attack in the 18th over the Firebirds needed just 24 to win off 18 balls with six wickets in hand.

He turned the match in spectacular fashion with a two-over spell. After taking a hat-trick in his first over, Williams closed out the match with wickets off the last two balls of the innings to finish with 5-12.

The win is the third of the season for Canterbury who are still in the mix for a spot in the finals with matches against Northern Districts and Otago to come.

Despite the setback, Wellington remain on top of the table and in the box seat to host the Grand Final at the Basin Reserve next weekend.

The Wellington women's cricketers continued their unbeaten Super Smash season with an emphatic eight-wicket win over Canterbury at the Basin Reserve.

Winning the toss and opting to bat first, top-scorer Kirsty Nation (32 off 21) got the MAGICIANS off to a fast start with a flurry of boundaries. However, wickets were falling around her and the visitors were 4-54 after their powerplay.

When Nation was bowled by a Melie Kerr wrong'un in the next over, the run-rate dried up and wickets continued to fall with regularity.

The defending champions chased down the target with ease with opener Rebecca Burns finishing unbeaten on 53 off 38 with 8 fours and a six.

Rachel Priest (27) provided excellent support as the Blaze cruised to victory with 41 balls to spare, their ninth win in a row this season.

Chasing a Twenty20 three-peat, Wellington are guaranteed to host the Grand Final at the Basin Reserve next weekend.

Canterbury are out of finals contention.

Tottenham have confirmed striker Harry Kane will undergo surgery to repair a ruptured tendon in his left hamstring, with the England captain expected to return to training in April.

Kane suffered the injury during the 1-0 Premier League defeat at Southampton January 2nd, with specialists recommending an operation was needed.

Kane will now also miss England's friendlies against Italy and Denmark at the end of March.

World number one Ash Barty suffered a surprise 6-4 7-6(4) defeat to American qualifier Jennifer Brady, who claimed the first top-10 win of her career to advance to the Brisbane International quarter-finals.

With the tournament moving into the Pat Rafter Arena at the Queensland Tennis Centre following the end of the ATP Cup group stage, Brady had to contend with not only the Australian top seed, who was given a bye to the last-16, but also a vociferous home crowd.

Barty, who had never dropped a set to Brady in two encounters last year, was unable to muster a single break point while the American needed only one break of serve in the opening set before sealing the result in the second set tiebreak.

Tiger Woods will have his first crack at securing a record-setting 83rd PGA Tour victory in two weeks in the Farmers Insurance Open at Torrey Pines in San Diego, the former world number one said on Thursday.

Woods, who tied Sam Snead at the top of the all-time PGA Tour wins list when he triumphed at the Zozo Championship in Japan last October, has won eight times at Torrey Pines with his most recent triumph there coming at the 2008 U.S. Open.

The tournament, which will be held from Jan. 23-26, has been Woods' usual first start to the year. He joins a loaded field that includes Rory McIlroy, Justin Rose, Phil Mickelson, Jon Rahm and Zander Schauffele.

Woods announced his plans on his official Twitter account while also saying he will tee up at the Feb. 13-16 Genesis Invitational, where the 15-times major champion is tournament host.

The Australian duo, better known for their singles play, defeated doubles specialists Jamie Murray and Joe Salisbury 3-6 6-3 18-16 to set up a semi-final against either Rafael Nadal-led Spain or David Goffin's Belgium.

In something resembling both a hug and a wrestle, De Minaur and Kyrgios fell to the ground in a celebratory embrace after edging the half hour-long extended tiebreak, used in place of a deciding third set.

"That was the most stressful tie-breaker I've ever been involved in," Kyrgios said in an on-court interview after the match. "I'll definitely be having a couple of red wines tonight."

The pair were subbed in by team captain Lleyton Hewitt at the last moment after the teams split the two singles matches, a decision he attributed to Kyrgios' irresistible form.

While Kyrgios' on-court behaviour often raised hackles, few handle pressure moments as well as he did on Thursday. Facing a match point in the doubles tiebreak, he ripped a backhand winner off a serve down a narrow gap.

Spaniard Carlos Sainz extended his Dakar Rally lead with a second stage win in five days while Britain's Sam Sunderland, motorcycle champion in 2017, crashed out in the Saudi desert.