Golf's governing body the R&A are investing up to $1,285,000 in various sustainability projects as the sport attempts to safeguard itself from the effects of climate change. 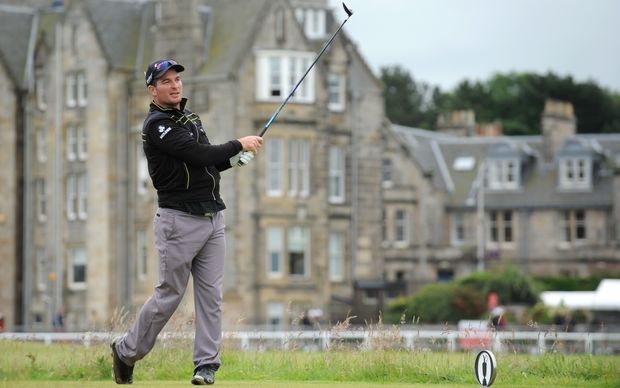 Ryan Fox tees off at the British Open. Photo: Photosport

With rising sea levels, intense rain and increased droughts widely predicted as result of a warming climate, golf courses will increasingly find themselves exposed to the threats.

The R&A, who run the sport worldwide along with the United States Golf Association, launched Golf Course 2030 in 2018, an initiative to address the challenges posed by a global warming.

A particular focus will be on coastal change, with some of Scotland's iconic links courses vulnerable to erosion and flooding from even minimal rises in sea levels.

The Climate Coalition, which represents more than 130 organisations in the Britain studying the effects of climate change, used the historic Montrose Links in its 2018 report "Game Changer" as an example of the threat.

According to research published by Dundee University, the North Sea has moved 70 metres closer to the course in 30 years.

The R&A's funding will finance projects looking into coastal management approaches, erosion mitigation and a study by St Andrews University into how much carbon is locked up in some of Scotland's oldest courses.

Other studies will include threats to native flora and fauna from diseases and pests, irrigation and drainage.

"This marks our initial investment in research, education and communication projects in support of our Golf Course 2030 initiative," Steve Isaac, Director of Sustainability at The R&A said in a statement.

"The results of the projects being funded will contribute significantly towards meeting the aims of Golf Course 2030 and provide insights to the golf industry as we consider how to address the challenges and opportunities presented by a changing climate, resource constraints and regulation on course management."