A flu-like bug that has ripped through the Black Caps ahead of today's third test against Australia with captain Kane Williamson, batsman Henry Nicholls and spinner Mitchell Santner all in doubt. 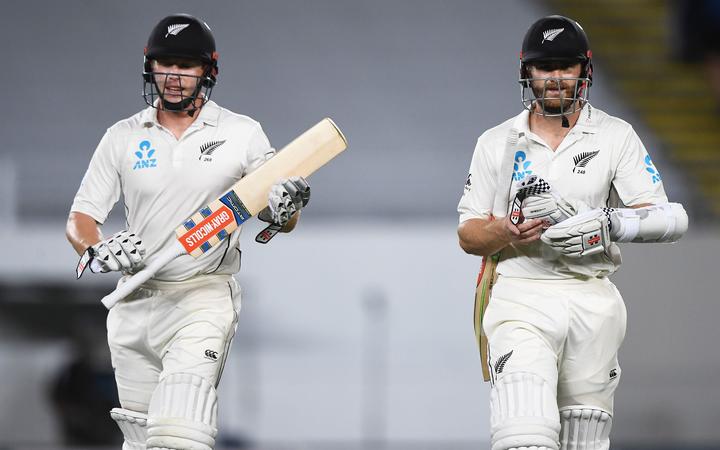 Tom Latham, who took the captain's press conference in the absence of Williamson on Thursday, said left-arm spinner Mitch Santner had also been affected by the bug but he was hopeful all three would be fit to play when the test got underway on Friday.

"It's up in the air at the moment but a couple of the boys are a bit crook unfortunately," Latham told reporters at the Sydney Cricket Ground (SCG).

"They're going to have today off as well as yesterday, so fingers crossed tomorrow they'll be right to go.

"I think it's flu-like symptoms, I'm not 100 percent sure," he added. "It's gone around the team a little bit, which isn't ideal, but they're resting up today and hopefully they'll be good to go."

New Zealand were beaten heavily in the first two tests of the three-match series but the loss in particular of world class batsman Williamson would be a major blow to their hopes of putting in a good performance to close out the tour.

Latham, however, thought it would have to be a very serious illness for his captain to miss the match.

"I think it will take a lot," he said. "He's obviously a great leader amongst this group and he's passionate about this group so if there's any chance of him playing, even if it is a small chance, I'm sure he'll play."

Santner was under pressure for his place in the side in any case after taking 1-250 over the first two tests and his illness makes it even more likely that off-spinner Will Somerville will play his fourth test.

The 35-year-old former accountant, who knows the SCG well after playing for New South Wales for four years until 2018, was called into the squad this week.

New Zealand have only one extra batsman in the squad but Latham said the presence of a few all-rounders would make the position easier if Williamson and Nicholls were unable to play.

"Obviously if we lost those guys it would be a little bit disappointing but ... whatever side we end up playing, we've got the backing of the whole group that it's the right team to do the job," he said.

"We haven't necessarily played our best brand of cricket since we've been over here and the guys are really excited to go out there over the next five days and try to put in a good performance."