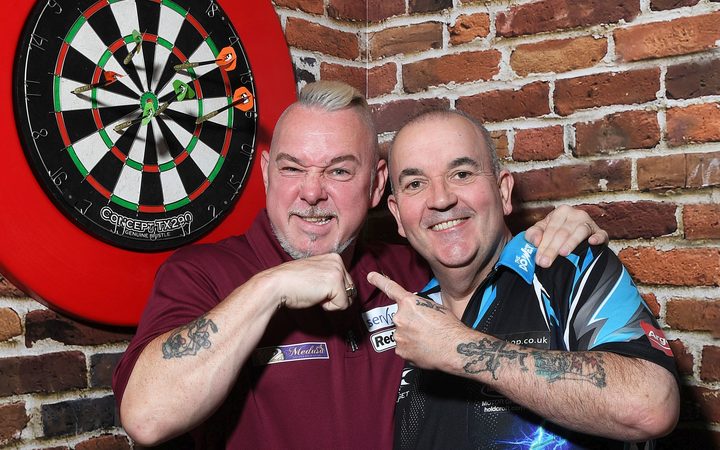 But Wright raced into a 2-0 lead and with the three-time champion missing doubles, built a 6-3 advantage.

Seventh seed Wright, who won 6-5 in a sudden-death shootout in round two, is the second oldest winner of the event.

In his fifth world final and seeking his third crown in the past four years, Dutchman Van Gerwen was eyeing a 60th win in his 79th encounter with Wright and an eighth successive major final victory over the colourful Scot.

Both players came into the final with a 44 percent doubles success rate but Wright missed three darts for the opening leg, although his consistency soon sealed the first set after Van Gerwen clipped the wire of the bullseye with his attempt at a 170 finish in the decider.

Van Gerwen levelled the match at 2-2 after Wright missed his favourite double top that would have given him a two-set lead again.

But Van Gerwen was in arrears at the interval as Wright recorded a 10-dart finish and then saw the Dutchman squander six darts for the next leg.

With Van Gerwen continuing to miss the doubles, Wright duly moved two sets clear again, taking the sixth 3-0 and soon led by two for the third time at 5-3.

Both players missed two darts to win the ninth set but Wright eventually claimed it to move within one set of the title.

Van Gerwen missed double 12 for the first nine-dart finish of the tournament and he was soon to miss out on the overall prize as well as the assured Wright sank double 10 at the third time of asking to land the sport's biggest prize.